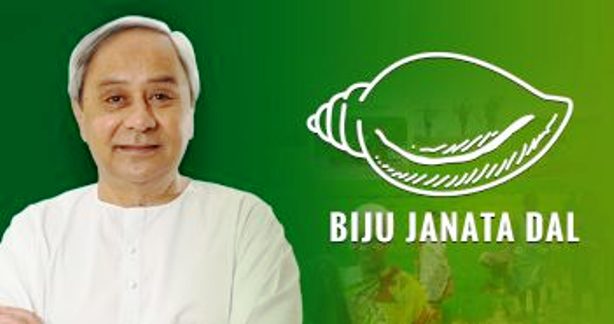 Mentioned below is a brief introduction of these ministers.

Son of the legendary leader Biju Patnaik, Naveen joined politics after his father’s death in 1997. He was elected to the 11th Lok Sabha as a Janata Dal candidate during a by-election from Aska constituency in 1997.

After the Janata Dal split in 1997, Naveen formed a new outfit called Biju Janata Dal (BJD), which won the Assembly elections with the BJP as its ally in 2000. He then resigned as a  Union Minister of Mines to be sworn in as Chief Minister of Odisha.

This BJD leader from Sonepur in Western Odisha has been winning Assembly elections continuously since 2004. In 2004, he had won from Binika Assembly seat and later chose Sonepur from where he has won for the fourth time in a row. A graduate in Commerce and Law, Pujari was the minister of Food Supplies & Consumer Welfare (2011), Science and Technology, Excise and Industries (2012). He was elected Speaker of the Odisha Legislative Assembly in 2014 and again became minister of Housing & Urban Development and Industries in 2017 and Water Resources in 2018.

A six-time MLA from Bhanjanagar in south Odisha since 1995, Arukha was the government chief whip in 2008. A post-graduate and a graduate in Law, he has held important portfolios like Law and Rural Development (2009), Cooperation, Forest and Environment, Parliamentary Affairs (2014), Information & Public Relations (2016), Public Enterprises (2018).

Behera began his political career as Phulbani MLA in 1990 and was later elected as Kandhamal MP in 1998 and 1999. In 2004, he was elected as an MLA from Phulbani. He later contested from Biramaharajpur Assembly constituency and has consecutively won three times since 2009. A Matriculate, Behera has held different portfolios like Tourism, Sports and Culture, Panchayati Raj, Agriculture, Steel and Mines, Excise, Parliamentary Affairs, Planning and Coordination and ST & SC Development (Scheduled Caste), Minorities & Backward Classes Welfare.

A post-graduate in English and a Law graduate, Ranendra is a seven-time MLA from Athagarh Assembly seat since 1990. He was also the minister of Sports & Youth Services, Science and Technology and House.

A three-time MLA from Kamakhyanagar since 2004, Mallik has held different portfolios like Labour & Employees’ State Insurance, Steel and Mines, Energy and Works. He is a Commerce and Law graduate.

The tribal leader began his political career as an Independent MLA from Bangiriposi in 1990. Later, he contested from Kuliana Assembly seat and won in 1995 and 2000 as a Jharkhand Mukti Morcha (JMM) candidate. He was again elected from Bangiriposi in 2014 as a BJD candidate. During his tenure, he was the minister of Sports & Youth Services and ST & SC Development. Marandi is a graduate.

A lawyer by profession, Jena had won from Kissannagar constituency twice in 2000 and 2004 and later from Mahanga constituency in 2009, 2014 and 2019. During his tenure, he has held the portfolios of School and Mass Education minister, Law minister, Health and Family Welfare minister and Information and Public Relations minister. Apart from being a Law Graduate, Jena is a post-graduate in Mathematics and has a post-graduate diploma in Management.

The three-time Nayagarh MLA since 2004, Sahu was the Government Deputy Chief Whip. Besides, he was also the minister of Energy, Information & Public Relations, Law and Panchayati Raj. He is a Law Graduate, a post-graduate in History and a Doctorate.

A three-time MLA from Bhatli, Singh has been winning from his home constituency since 2009. He was the Energy, Labour and Employees State Insurance minister during his second term. He is an under-graduate, having cleared Plus II Science.

After the brutal murder of her husband Abhimanyu Sahu in December 2013, Tukuni had joined the BJD and won from Titlagarh Assembly constituency in 2014. After her second consecutive win, the BJD president has given her a cabinet rank with Women and Child Development portfolio. She is a graduate.

After being kept out of the contention for a ministerial berth, this three-time MLA of Nimapara since 2009 was finally inducted to the council of ministers in his third term. Dash is a graduate and a Bachelor in Law.

After coming a long way from his days in the Indian Air Force, Mishra, who was the chief pilot in Chhattisgarh’s aviation department, began his political career as the BJD MLA of Junagarh constituency in Kalahandi district in 2014. A Science graduate from Sambalpur University, Mishra was picked by the Chief Minister in the council of ministers as a minister of state in his second term in recognition of his hard work.

A post-graduate in Political Science from Delhi University, Panda took voluntary retirement from the Indian Information Service and joined active politics in 2009 winning from the Ekamra-Bhubaneswar Assembly and inducted to the council of ministers as a minister of state for Tourism and Culture. Considering his performance as a minister, Panda has been given three portfolios this time.

The first-time minister began his political career in 2014 winning from Bissam Assembly, considered as a Congress bastion, in Rayagada district as the BJD candidate. Saraka is a graduate and a Bachelor in Law.

The two-time MLA of Simulia, Panigrahi has found place in the council of ministers in his second term. He is the only BJD MLA of Balasore district to have found a ministerial berth. He has a PG Diploma in Business Management.

After losing the election from Balikuda Assembly as the BJD candidate in 2004, Das lost the election from this constituency in 2004 and 2014 as an independent candidate as the BJD leadership denied him the party ticket. Later, he had joined the BJP and was the party’s state executive member. However, he made a comeback to the BJD on the eve of the election in 2019 and won by a comfortable margin pushing the veteran leader Damodar Rout to the third place. Das is a graduate and a Bachelor in Law.

Nayak, who began his political career as the BJD MLA of Telkoi Assembly in Keonjhar district in 2009. Though he was replaced by Bedabyasa Nayak (BJD) in 2014, he was again picked by the party leadership in 2019 and won the election. He is the only MLA of Keonjhar who has been inducted to the council of ministers for the first time. Nayak has a degree in Engineering.

A Matriculate, Padmini is the first-time MLA of Kotpad Assembly in Koraput district to have found a place in the council of ministers.

Though the BJP had fielded Behera as a candidate for Kakatpur Assembly, he later quit the saffron party and joined the BJD and won the election for the first time. Behera has done  M.Tech from the IIT, Kharagpur.

Sharpoorji Pallonji Group Reaches Out To Fani-Hit In Puri