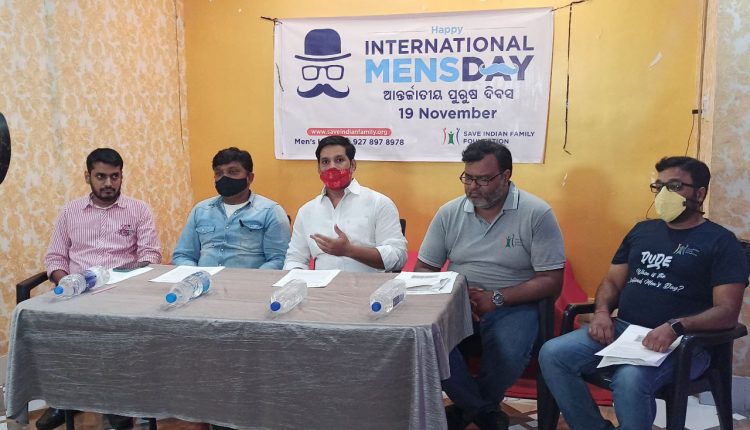 Bhubaneswar: The Save Indian Family Foundation (SIFF), a men’s human rights organisation, on Sunday called for making domestic violence laws gender neutral so that men can be protected from domestic violence.

Speaking to the media, here, on the occasion of International Men’s Day, co-founder of SIFF Anil Kumar and president Rajesh Vakharia said as NCRB data confirms that 95% or more rape, domestic violence and dowry cases are false, both women and men must declare their assets, capabilities, and value they bring to the marital relationship before the marriage. The domestic violence laws must also be made gender neutral, they added.

They said 6 lakh marriages break in India including 25,000 marriages in Odisha every year. Thousands of men are denied access to their children even during the divorce
proceedings. This is a gross violation of human rights of children and fathers.

“Government must make shared parenting and shared custody policies so that both
biological parents have access to their children to mitigate the detrimental effects of
parental alienation on the future generations,” they added.

They further said with false rape and false sexual harassment cases skyrocketin in the country in the last 8 years, the government and judiciary must punish the false accusers to deter people from filing such cases.

They also demanded that monthly alimony during separation or divorce has to be only for a limited duration of time. If a marriage lasts only one year, then the woman must be told to find a job to sustain herself and she must not be paid monthly alimony for more than 6 to 7 months, they added.

It may be noted that SIFF is a 14-year-old organisation which has more than 5,00,000 members. It runs men’s community centres at Bangalore, Hyderabad and Delhi.