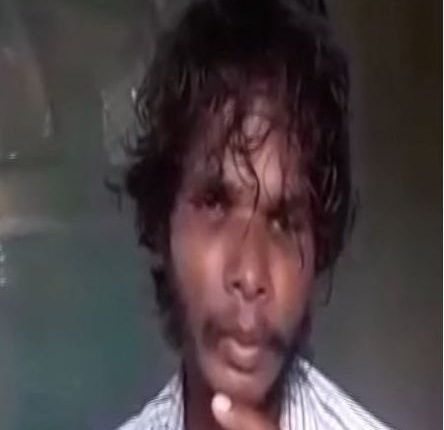 Bhubaneswar: Puran Yadav, a mentally challenged youth of Karlamunda near Bhawanipatna in Kalahandi district of Odisha, was found loitering in Valsad in Gujarat near a Biriyani hotel on Friday.

The youth, who could not explain how he reached Gujarat, said he wants to go back to his hometown Karlamunda in Kalahandi district where he stays near a Shiva temple, said Hazim Khan, a hotelier of Valsad in Gujarat who rescued Puran.

Hazim who runs a Biriyani eatery in Valsad said the Odia youth was loitering near his shop aimlessly for the past two days and he frenetically wanted to go back to his home without knowing how. Puran, however, could recollect his father’s name Tulsi Yadav and brother Pitambar.

Meanwhile, on being contacted, Khan told Odisha Byte that he could communicate with the parents of the metally challenged youth and thankfully, they are residing in Gujarat for quite sometime. He, however, promised to hand over the youth to his parents at the earliest.

Leveraging Technology For Odisha’s Growth: Odias Across Globe Meet To Act As ‘The Future Is Now’