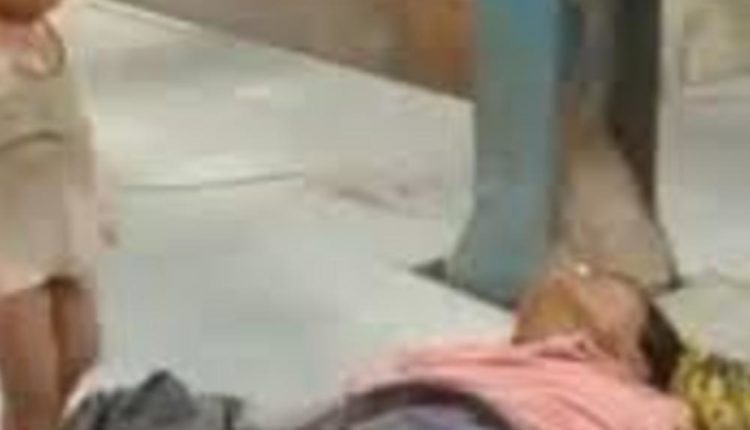 Muzaffarpur: There is no end to the miseries of migrant workers.

En route to their native places during the coronavirus-induced nationwide lockdown, some of them by foot, they have now been hit by a new problem. The heat wave condition in different parts of the country is making their lives more miserable as some of them are directly under the sun.

A heart-breaking video has surfaced online, showing a baby playing with the shroud of his dead mother, pulling the cloth and covering his head with it. Oblivious of the fact that his mother will never open her eyes, the child continues to roam around merrily.

According to an NDTV report, the woman had boarded a Shramik Special train from Ahmedabad and was unwell throughout the journey due to lack of food and water. Shortly before the train reached Muzaffarpur, she collapsed and her body was laid out on the station.

“The woman’s family members have said she was already unwell. Request all not to spread fake news,” the Railways tweeted.

Temperatures have touched 45 to 50 degrees Celsius in different parts of India, making life hell for the already inconvenienced labourers and their families on the move.

Break The Chain: Ban On Morning Walk, Cycling During…