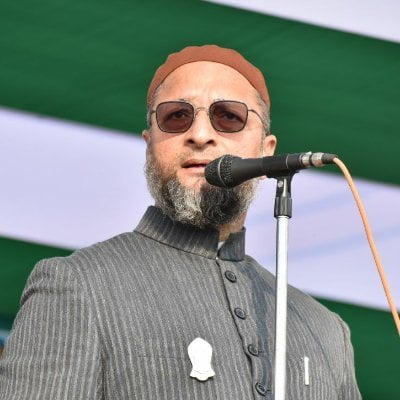 Kolkata: The All India Majlis-e-Ittehad-ul-Muslimeen (AIMIM) on Sunday announced appointment of eight observers for the Assembly election in West Bengal.

The AIMIM’s decision holds significance as the party has been making steady progress in the state after the announcement that it will contest the Assembly polls for the first time.

Each zone will have two observers who will oversee the party’s progress and campaign details. Jaffar Hussain Meraj, Nampally MLA from Telangana and Mriza Riyaz Ul Hassan Effendi, MLC, Telangana will be taking care of Kolkata and south Bengal. Akhtar Ul Iman, floor leader from Bihar and MLA Amour along with Adil Hassan, youth president, Bihar will look after Mirshidabad, Birbhum and Nadia.

For north and south Dinajpur, Cooch Behar and Alipurduar, Shshnawaz, Jokihat MLA of Bihar and Haji Md Izhar Asfi, MLA from Kochadhaman in Bihar will be responsible, while Syed Ruknuddin Admed, MLA Baisi and Anzar Nayeemi, MLA Bahadurganj, both from Bihar will oversee the developments in Malda.

“The observers are scheduled to arrive in Bengal from next week. They will look at the seat selections we have done and verify the list in consultations with the higher ups in Hyderabad. Once verified, they will convey to us and then the rest of the process will begin,” said Syed Zameerul Hasan, Bengal convenor, AIMIM.

Party sources said there is lot of optimism in the party after the tie-up with Abbas Siddique, who has formed a secular front. “We have ‘jot’ (alliance) with him and Siddique is the leader of the front. We have equal partnership with him. Though this is a secular front, we are aware that neither CPI(M) nor the Congress will come with us,” Hasan said.

About the seat sharing within the party and their vote share, Hasan said, “This is too early to talk about it. We will sit together and then finalise the details. We don’t think we can formalise anything on this before February-end.”

Warning the electorate of high polarisation in Bengal with the advent of MIM, CPI(M) leader and MLA Tanmoy Bhattacharya had earlier said, “If the RSS is the face of militant Hundutva, then AIMIM is the face of militant minorities. If we consider the divisive politics of majorities as dangerous, then we should also consider the divisive politics of the minorities equally risky.”