Minister Hints At Shifting Of Bengal Tigress Sundari From Satkosia 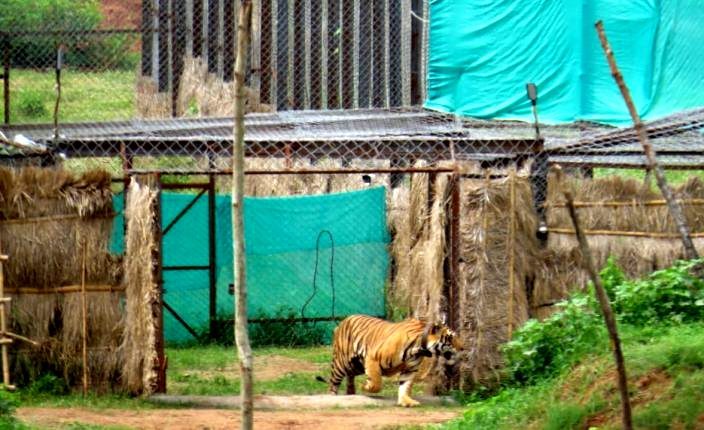 Bhubaneswar: Even as efforts are on to tranquilize Royal Bengal tigress Sundari, the Forest and Environment minister Bijayshree Routray has hinted at shifting her from Satkosia Wildlife Sanctuary in Angul district.

In a statement to the media on Saturday, Routray said there was no question of relocating the tigress to other sanctuary or national park in any other state. “The tigress would be shifted to the other sanctuaries of Odisha and if necessary, steps would be taken to shift her to Nandankanan Zoological Park in Bhubaneswar. Since the state Forest department has considered Nandankanan as the ideal place for Sundari after a preliminary review, it has apprised NTCA and the Wildlife Institute of India (WII) about it,” he added.

Talking about the efforts by the Forest department to capture the tigress, the minister said two specialist teams from Kanha National Park and Pench Tiger Reserve from Madhya Pradesh arrived at Satkosia Wildlife Sanctuary on October 26 and are tracking the movement of the tigress with the state forest staff and officials. Apart from these two teams of Madhya Pradesh, a specialist team of the National Tiger Conservation Authority (NTCA) has also arrived at the Satkosia, he added.