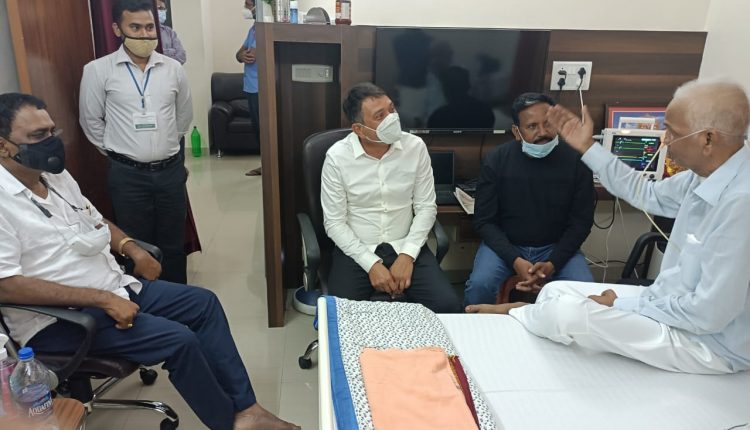 Bhubaneswar: Health and Family Welfare Minister Naba Kishore Das and Minister of States for Home Capt Dibya Shankar Mishra met the Leader of Opposition Pradipta Kumar Naik, who has been undergoing treatment at AIIMS, here and enquired about his health on Thursday.

Naik was admitted to the AIIMS after testing positive for COVID-19 on April 20. After his condition deteriorated, he was kept on ventilator support. Though his condition has improved, he is now under care of specialists of the hospital.

The ministers during their half-an-hour meeting assured Naik of the government support to him till his total recovery. They also expressed the concern of chief minister Naveen Patnaik regarding his health.

Both Das and Capt Mishra advised the four-time BJP MLA from Bhawanipatna not to get exposed to outside till the doctors do not permit him. They also extended their Nuakhai wishes to Nayak.