Minutes Before Night Curfew Comes Into Force, Man Attacked By A Mob In Bhubaneswar 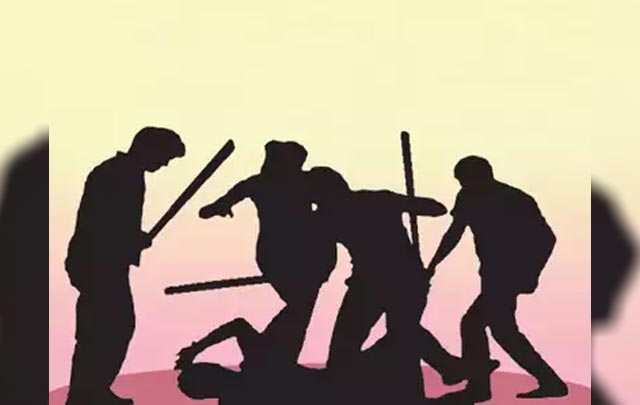 Bhubaneswar: In a shocking incident, a man was attacked with sword and bricks by a group of over 15 youth in the capital city on Monday evening. The injured has been identified as Bablu Samantray of Behera Sahi In Nayapalli.

According to reports, the Bablu was going on a two-wheeler when he was stopped and beaten up. He sustained multiple injuries and his vehicle damaged in the attack. He was rescued by locals and admitted him to Capital Hospital in a serious condition.

Eyewitnesses said the accused fled the spot after locals came to the rescue of the bike rider. The attack is believed to be over an old incident of using the play ground in the vicinity.

Bablu told media persons that one of the accused chased and attacked him with a sword. The injured identified the accused as residents of Unit IV area of the city. Bablu said accused are habitual drug abusers and engage in illegal activities at the play ground.

Details are awaited. ACP has reached the spot and started investigation on the basis of CCTV footage.

It may be mentioned that night curfew for Durga Puja came into effective at 8 pm today. The night curfew will continue till October 20 to check the spread of COVID-19 infections.

[Watch] Shilpa Shetty Performs Navaratri Puja With Children, But Where Is Raj Kundra?