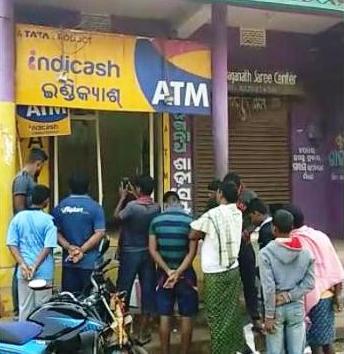 Khurda: In a bizarre incident, unidentified miscreants decamped with an ATM machine at Tulasipur Square under Begunia police limits in Khurda on Sunday night.

According to reports, the robbers broke into an ATM booth of Tata Indicash, ransacked it and fled with the machine.

On being informed, police along with a scientific team reached the spot and started investigation. Bank officials are yet to confirm the exact amount of cash that has been looted along with the machine.