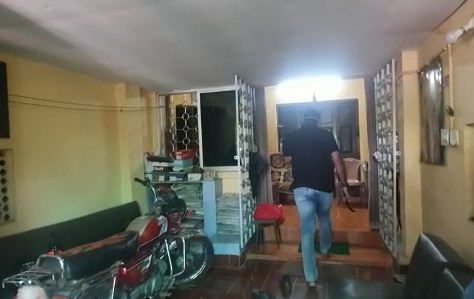 Bhubaneswar: Two miscreants snatched a gold chain from a woman police officer in the Odisha capital on Sunday morning.

According to reports, the incident happened when DSP (Vigilance) Tanuja Mohanty was standing in front of her residence at Unit-3 here. The bike-borne miscreants looted gold ornaments, including chain, earrings and bangles, from him at gunpoint and sped away.

Following a complaint lodged by Mohanty, Kharavela Nagar police have launched a manhunt to nab the miscreants.