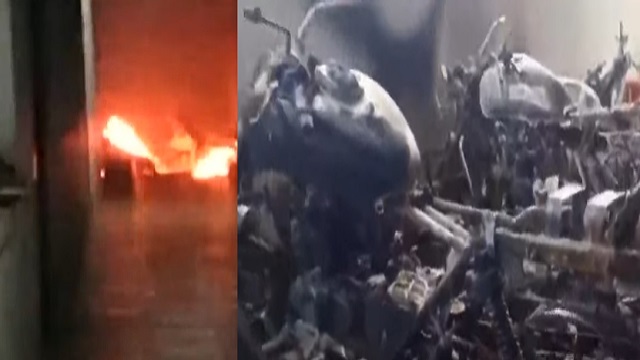 According to sources, five bikes, a scooty, and two cars were set on fire at the parking area of one Roshan Pandey around 2.45 am. They also damaged the CCTV installed at the parking before fleeing the spot.

Pandey later lodged a complaint at Bhawanipatna Town police station following which a probe was initiated. The identity of the miscreants and the cause behind the incident are yet to be ascertained.