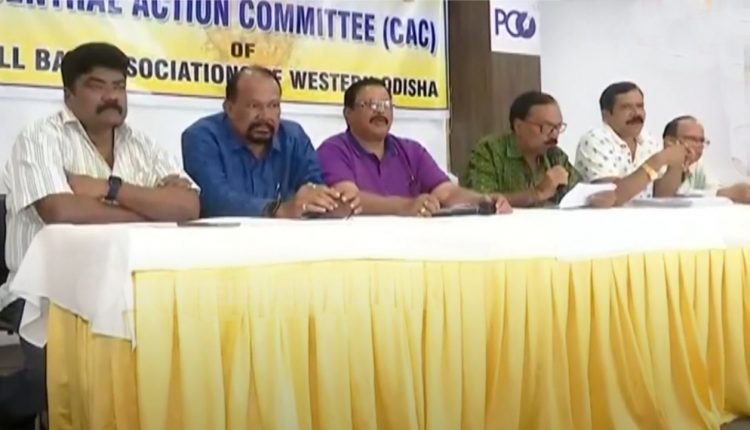 Sambalpur/Bhubaneswar: The demand for a permanent High Court bench in western Odisha intensified on Wednesday with lawyers staging a demonstration, staying away from court work in Sambalpur and threatening to gherao the state secretariat in Bhubaneswar.

The agitating lawyers alleged that though the Centre had sought a comprehensive proposal for establishment of a permanent bench in western Odisha, the state government has remained silent.

In Sambalpur, a large number of lawyers under the banner of Central Action Committee (CAC) of western Odisha staged a dharna at Court Square demanding quick steps for setting up a permanent bench of Orissa High Court in the region.

The agitating lawyers also approached judges of the local courts and requested them to stop court work as a mark of support for the long-pending demand.

Government and private offices as well as banks remained closed due to the call given by the protesters. Essential services and educational institutions were kept out of the purview of the bandh. 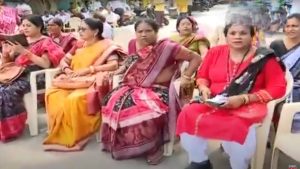 Support poured in from different quarters, including many leaders and MLAs from the region, for the demand.

Leader of Opposition Jaynarayan Mishra said the Centre has made its stand clear on the issue and given in-principle nod for a permanent bench in western Odisha, but the state government is yet to take necessary measures in this regard. “Delay on the part of the state government in taking the required action should be condemned,” said the BJP leader.

A large number of lawyers from western Odisha also gathered in Bhubaneswar to stage a demonstration and take out a rally from Master Canteen Square to Lok Seva Bhavan – the state secretariat for a discussion with the government on the issue.

Hitting out at the state government, CAC President Biswajit Panda said Chief Minister Naveen Patnaik has been taking up several issues with the Centre, but he is silent on the demand for a permanent High Court Bench in western Odisha.

“People of western Odisha want to know the reason behind his silence,” he said.

Sambalpur District Bar Association President Pradip Bohidar said as the state government is not taking any step despite repeated requests by the people of the region, thousands of lawyers will take out a march to meet the Chief Minister.

The protesters will forcefully enter the Lok Seba Bhavan if the office of the Chief Minister (CMO) does not respond to the request to meet and discuss with the lawyers’ delegation regarding establishment of a permanent HC bench, he said.

The CAC had earlier sought a reply from the Chief Minister on the steps taken by the government regarding submission of a full-fledged proposal to the Centre over setting up of the HC bench. However, the Committee has not yet received any response