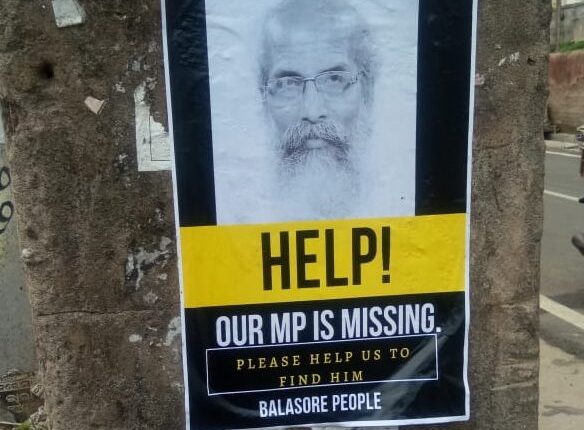 Balasore: A day after some posters were found in Balasore town, mentioning that Balasore MP and Union minister Pratap Sarangi was missing, a police complaint has been lodged against five persons including a Youth Congress leader.

Stating that the Youth Congress leader and his associates have also launched a vilification campaign against the Union minister on social media, Kanungo demanded their arrest.

Reacting to the complaint, Jena said while the plight of the migrant workers at the government quarantine centres has become miserable due to severe impact of the cyclone Amphan, the Balasore MP has not bothered to visit his home constituency till date. Protesting the apathy of the MP, he has posted his reaction on social media, he added.