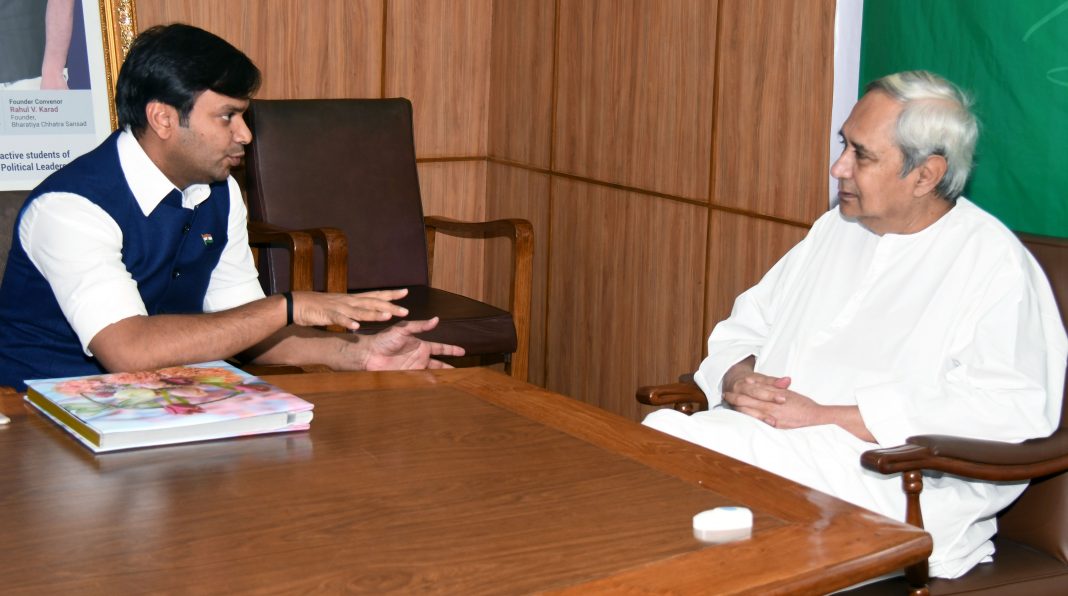 Bhubaneswar: The MIT World Peace University, Pune has proposed to set up a Leadership School in Odisha.

Making a Power Point presentation on his proposal, Karad said that today’s youth are quite reluctant to join politics and hardly consider politics as a carrier option.

The Leadership School will serve to promote professional and ethical leadership among elected representatives at all level and will ultimately strengthen democracy.

Specifying his proposal, he proposed for setting up of Odisha Institute of Political Leadership under the aegis of Odisha Legislative Assembly in association with MIT School of Government.

He said that his MIT School of Government in Pune is the first ever leadership Institute in India and Asia for a carrier in politics.

During the discussion, the Chief Minister said the state government will consider the proposal with a positive attitude.

Accident On NH-16 Near Vanivihar In Bhubaneswar