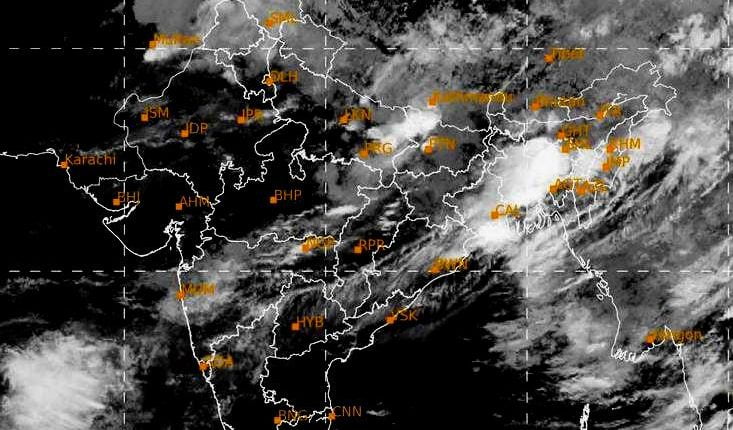 Bhubaneswar: The vagaries of the south-west monsoon this year has been felt in most parts of the coastal districts of Odisha.

According to the India Meteorological Department (IMD), there was 5 per cent deficit rainfall in the state from June 1 to July 20.

Although there was adequate rainfall in the interior districts, seven districts including six coastal ones have witnessed deficit rainfall.

According to Agri Met expert Surendranath Pashupalak, Odisha receives adequate rainfall if the eastern part of the monsoon trough remains over the east of West Bengal and Odisha and the North Bay of Bengal.

However, the eastern part of the monsoon trough during this time of the year is lying over the Himalayas resulting in the scanty rainfall. Going by the modular study, there will be scanty rainfall in Odisha in the next seven days.

Pashupalak said that there is a possibility of formation of a cyclonic circulation over Bangladesh, West Bengal and Bihar by July 23 and its subsequent movement towards the west. Under its influence, there will be moderate rainfall across the state which will continue till July 28.