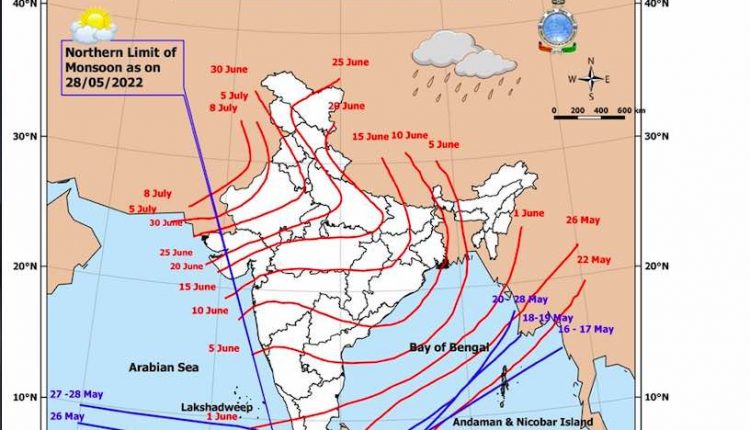 Bhubaneswar: Ahead of its June 1 date, the southwest monsoon has set in over Kerala, the India Meteorological Department (IMD) informed on Sunday (May 29).

Notably, the IMD had predicted the early onset of monsoon and had on Friday informed that conditions were becoming favourable for monsoon onset over Kerala during the next 2-3 days amid reports that it might get delayed.

It has forecast a normal monsoon for the fourth year in a row, boosting expectations of a robust Kharif crop.