Moon Will Be Closest To Earth In 1,337 Years Today But Won’t Be Visible 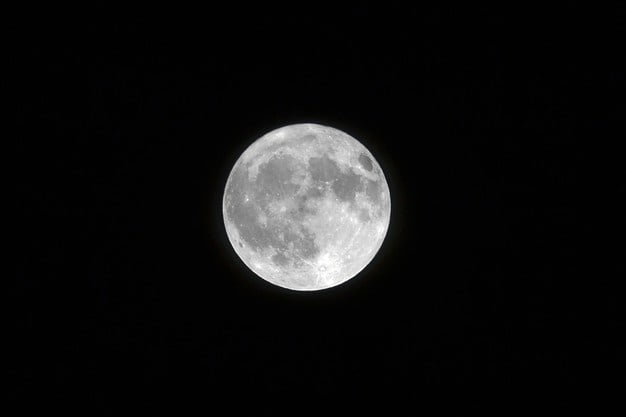 New Delhi: The new moon will be closest to Earth since the year 992, and just a day later, there will be a conjunction of Venus and Saturn close to the moon visible to the naked eye. On Saturday, January 21, 2023, the New Moon will be precisely 221,561 miles/356,568 km from Earth.

That’s the closest it will come to our planet since the year 1030—a time of the Crusades, the Norman Conquest of Britain and early Vikings settlements in North America, a century ironically sometimes called the “Dark Ages,” reported Timeanddate.com

This “ultimate supermoon” also signals the beginning of the Chinese Lunar New Year and comes during a rare conjunction between Venus and Saturn.

When do new moons appear?

New moons happen when the sun and moon share the same celestial longitude, a position also called a conjunction. During the new phase, one can’t see the moon from earth because the illuminated side is facing away from our planet. This month’s new moon also coincides with a perigee (or supermoon) – in which the full moon appears a bit larger because it’s also at the closest point in its orbit

However, even though the moon will similarly be at its closest point to our planet today, the event will overlap with a new moon rather than a full moon. Therefore, our natural satellite in space will be completely invisible to us during the cosmic event, according to CNET.

This uniqueness of this weekend’s new moon was noticed by Astrophysicist and Science Communicator Graham Jones at Timeanddate.com, according to a report in Forbes. Jones looked into the closest earth-moon distances at the new moon over a 2,000 years period. He discovered three new moons where the distance was less than 356,570 km – in 1030, this weekend and in 2368. That makes Saturday’s new moon the closest since 1030 and the closest in a period of 1,337 years, according to the outlet.

The new moon will also not be this close again for 345 years. The day after the new moon, when Venus and Saturn will be in conjunction, they would fit in the same field of view in some telescopes and most binoculars. The pair will also be visible to the naked eye or through pair of binoculars.

According to In-the-Sky.org, from New Delhi, the pair will become visible around 18:07 (IST), 16 degrees above the south-western horizon, as dusk fades to darkness. They will then sink towards the horizon, setting 1 hour and 39 minutes after the Sun at 19:30, NDTV reported.

What is a New Moon?