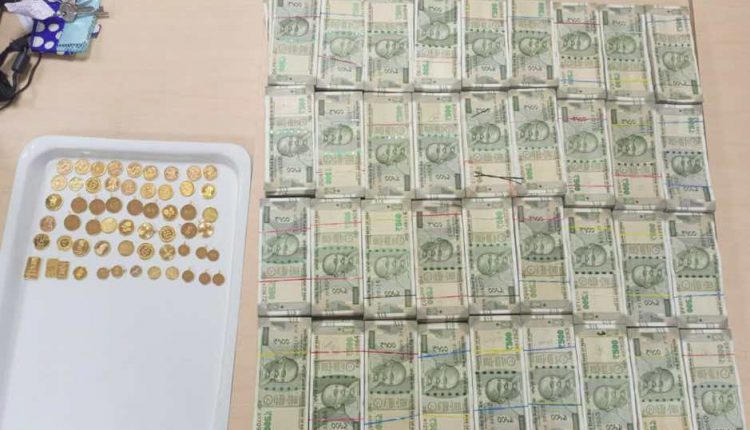 The federal agency, which had booked the former Principal Chief Operation Manager (IRTS officer), East Coast Railway, Bhubaneswar,  for allegedly amassing assets disproportionate to his known sources of income, further recovered 475 gm gold coins. With this, Rs 9.75 crore worth gold bars, coins and jewellery have been seized so far.

“During searches, 3 locker keys of lockers in the name of the wife of the accused and other 5 locker keys of lockers whose names of owners were not readily available were found. After strenuous efforts, the name of the owners of the lockers as well as the locker numbers and bank branches were found out. The 7 lockers had been operated earlier and the remaining locker was operated today,” the CBI release said.

On Tuesday, a whopping 17 kg gold worth Rs 8.5 crore, 1.57 crore cash, bank and postal deposits of Rs 3.33 crore and Rs 1.51 crore bank balance were unearthed during raids at various properties linked to the former Railway Traffic official in Bhubaneswar, Jagasinghpur in Odisha and Kolkata.

Besides, several property documents registered in the name of the accused and his family were also found.

Interestingly, he and his family members were found in possession of assets amounting to only Rs 4.53 lakh till April 2005. However, the wealth grew rapidly to the tune of Rs 4.28 crore by March 2020. While the total known sources of income of Jena and his family members between April 2005 and March 2020 was pegged at over Rs 3.25 crore, their expenditure during the same period, including the educational fee of the two girls, was calculated at Rs 88.58 lakh.

An FIR was lodged against him on January 3 after the central agency’s Anti-Corruption Branch found Jena to be possessing disproportionate assets to the tune of Rs 1.92 crore and about Rs 10 lakh cash was recovered during searches in Bhubaneswar, Cuttack and Jagatsinghpur on January 4.

While the ill-gotten property acquired by retried IRTS officer Jena is assessed at more than Rs 16 crore so far. It is likely to go up further as the search operation is still continuing.