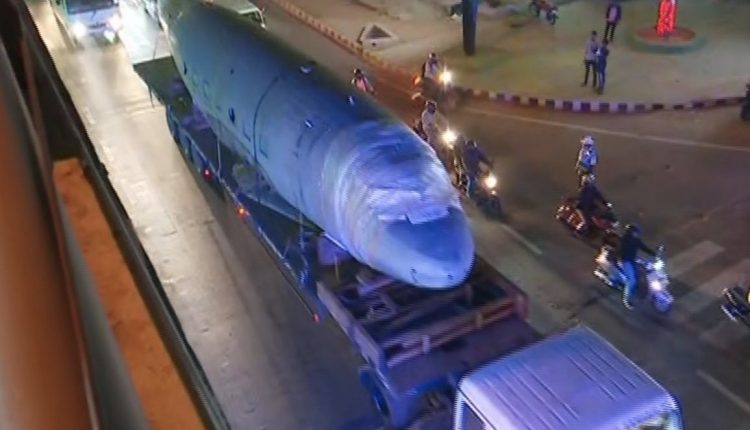 Bhubaneswar: The parts of dismantled Dakota DC-3 VT-AUI aircraft that was flown by Odisha’s legendary leader Biju Patnaik arrived in Bhubaneswar from Kolkata on Wednesday evening.

The aircraft, which was parked at Netaji Subhash Chandra Bose International Airport in Kolkata, was dismantled and its parts were safely loaded on three trailers to be carried to Bhubaneswar on road.

The Transport and Commerce department had roped in Odisha Police and asked them to coordinate with their West Bengal counterpart to ensure the safe passage of the parts of the aircraft weighing over 8 tonne and around 64 feet 8 inches long with wings that extend upto 95 feet.

People thronged at different places in Odisha along NH 16 to look at the aircraft that was brought covering a distance of 440 km. In Cuttack, local MLAs and people welcomed the trailers.

A special team of experts will inspect the aircraft after its arrival at Biju Patnaik International Airport (BPIA). The process of assembling it by a team of engineers may take nearly a month, said sources.

The Dakota aircraft, which was flown by late Biju Patnaik to rescue then prime minister of Indonesia Sutan Sjahrir and vice-president Sukarno in July 1947.

The iconic plane would be parked at Biju Patnaik International Airport in Bhubaneswar for public viewing after March 5.