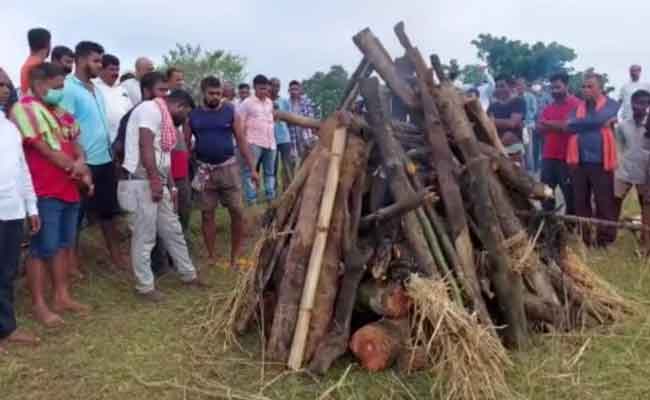 Keonjhar: The mortal remains of eminent journalist and chief reporter of Odisha Television Ltd (OTV) Arindam Das was consigned to the flames early on Saturday.

Arindam had drowned while covering a rescue operation of an elephant trapped in Mahanadi at Mundali barrage on Saturday afternoon.

A pall of gloom descended on his native village after Arindam’s body was brought for cremation to Raikhala under Rajnagar panchayat in Keonjhar district around 4.20 am.

The body was taken on a procession by the villagers to the bank of Baitarani where he was cremated.

Expressing grief, Patra said Arindam had a special identity as a bold and dedicated journalist. He was a pride of Keonjhar district, the MLA added.

There Are 5 Bidens In India, Jokes US President