Movies To Watch On Amazon Prime Video, Netflix, Other OTT Platforms In June

OTT platforms are new good-to-go small screen theatres due to coronavirus induced lockdowns. Despite the ease of restrictions, the reopening of cinema halls is nowhere in sight. In keeping with the times, producers are releasing their films on online streaming platforms.

Here is a list to satiate your craving for movies.

Set in the Nazi era, the movie follows the life of a ten-year-old boy, Jojo who joins the Nazi army and makes ‘Adolf Hitler’ his imaginary friend. He soon discovers that his mother has hidden a Jewish girl in their attic to safeguard her during the ongoing turmoil. Later, in an interesting turn of events, he gradually starts shifting away from his blind nationalism.

This is a documentary based on the ‘Scripps National Spelling Bee’, the most prestigious contest in the US, which has being consistently won by Indian-American participants since 2008. The film tries to decode this unrivalled dominance and its impact on the community. It judiciously narrates the journey of four students as they ace to win the competition, and also offers the viewpoint of CNN’s Dr Sanjay Gupta; ESPN’s Kevin Negandhi; the 1999 winner, etc.

This is the first movie produced under the recently launched production banner of Anurag Kashyap. It tells an instilling story of a middle-class woman who finds a unique way to make money. However, her fate turns around once the government’s demonetisation scheme rolls out.

This movie will leave you full of mixed emotions. Set in a simple middle-class Indian home, the movie tells the story of Chintu, a boy whose birthday gets ruined due to an unpleasant turn of events in a war-struck country. The film has already been released in international film festivals, winning a lot of praise.

Directed by Shoojit Sircar, the movie stars Amitabh Bachchan and Ayushmann Khurrana. It follows a bickering duo comprising an elderly landlord Mirza and his young tenant Banke in Lucknow. Their bone of contention includes Mirza’s run-down mansion, where Banke lives but does not pay rent. Joining the comedy is a government officer (Vijay Raaz) and a lawyer (Brijendra Kala).

This one is a Tamil-Telugu film starring Keerthy Suresh and directed by Eashvar Karthic. The story has been kept under a shroud.

Whipped up in a delicious title, this movie follows the story of an auto-rickshaw driver from Shivajinagar in Bengaluru played by former RJ and stand-up comic Danish Sait. 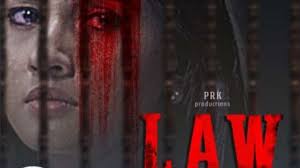 A woman-centric drama, ‘Law’ marks the debut of Ragini Chandran and is directed by Raghu Samarth.

Which Are The Big Films Slated For OTT Release? Find Out…

KRK Takes A Dig At ‘Gulabo Sitabo’, Shoojit Gives Him…