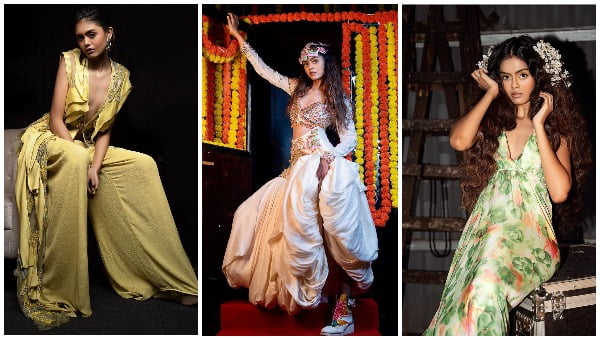 Bhubaneswar: While Roshni Dada from Arunachal Pradesh lifted the winner’s trophy of MTV Supermodel of the Year Season 2, which concluded late last month, Swapna Priyadarsini of Odisha was adjudged the second runners-up.

The contest started in August 2021 with 15 selected models. The 19-year-old from Dhenkanal had made it to the Top 3 with a perfect score from all three main judges – Malaika Arora, Milind Soman and Anusha Dandekar.

She had stunned the judges on the very first day with her splendid performance on the Sambalpuri cult song Rangabati. She also had them join her and dance to the beats of the folk song.

Being shortlisted as one of the contestants was a huge thing for her amid the COVID pandemic which had almost put a stop to her career. “I felt I was too young and inexperienced to even get through the audition phase. So I attended it casually,” she told a local magazine.

This season introduced a bold and empowering new theme- ‘Unapologetically You’ and the finale was a perfect blend of sass, spice and fashion. The three finalists shared the stage with the Drag Queens and did a bridal photoshoot.

Watch Swapna as a modern-day bride at the show:

“It was a memorable journey. Everything was new for me because I had never been on such a professional platform before,” she said. The show of 10 episodes was shot for around 18-20 days.

Her journey in showbiz, however, began with dance reality shows. “During one such show in South, the creators and crew members told my father that I have a photogenic face and should try modelling. That is how my journey began,” she said.

Susmita Sen is the biggest inspiration in her life. ” I want to be like her and carve a niche for myself as a supermodel internationally,” she said.

Swapna, who currently resides in Mumbai, was also the first runners-up of the 2015 KIIT Nanhipari Contest.

On November 5, her first film 2 Chocolate directed by Sushant Mani began streaming on OTT platform Kanccha Lannka. “2 Chocolate has given birth to an artist in me. In the journey of becoming and being Aahana, Swapna has learnt a lot more about being herself,” she wrote on his Instagram.

Low-Pressure Area Forms Over Bay Of Bengal, Another Likely On Nov 14; Rain In Odisha From Tomorrow