What Biryani is to Hyderabad and Dahi Bara is to Cuttack, Mudhi Mansa is to Baripada. It has a special place in people's heart. 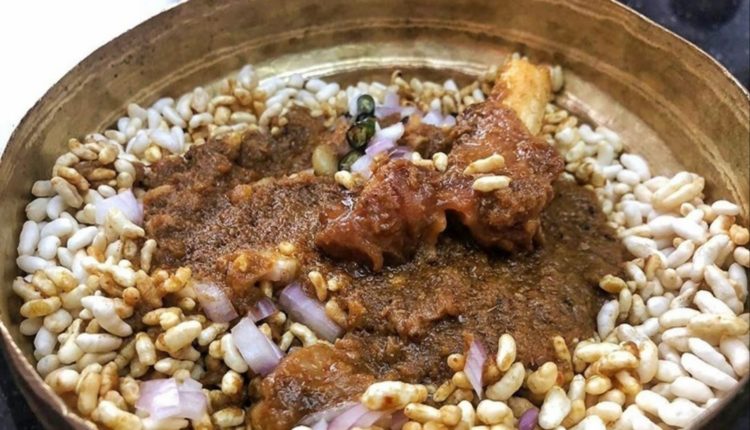 The ‘Mudhi Mansa’, an exclusive delicacy, is famous in the northern part of Odisha, especially in Mayurbhanj. It has a great contribution in the history of Mayurbhanj. People have an emotional connect with this dish and are proud of their ‘Mudhi Mansa’. Made with mutton gravy, mixed with onions, green chillies and fresh coriander, along with puffed rice (mudhi), it needs to be brought 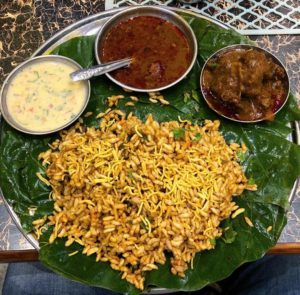 ‘Mudhi’ is a staple food of Odisha. Northern Odisha, especially Baripada, is significant for the production of ‘Mudhi’. It is eaten for breakfast in the entire state. ‘Baripada Mudhi’, is natural, free from additives, and prepared through hygienic and indigenous ways, unlike anywhere in the entire India. High quality puffed rice, Mugeishala is used. It one of the finest exports of Baripada.

There are a lot of stories associated with the history of evolution of Baripada’s ‘Mudhi Mansa’. Some people attribute this as a gift of the Mughals. A few credit the Kings of Mayurbhanj in finding it.

The fact is that the recipe and taste of Baripada’s ‘Mudhi Mansa’ in modern times, gathered mass recognition due to ‘Garma Garam’, a restaurant, which is almost 50 years old and is run by Jogeswar Behera, scion of the ‘Garma Garam’ legacy. His father launched a restaurant dedicated to the cuisine, a favourite of the royals, soldiers and commoners.

Founder of Foodfindo network Rohit Srivastava, says, “The beauty of Baripada’s ‘Mudhi Mansa’, which is cooked in Garma Garam is that the tender meat, known as Khasi, is different from other places. ‘Mati handi Mansa’ is mutton marinated with spices and simmered in an earthen pot for an hour on a traditional hearth, till it is cooked. Each and every step of preparation contributes to its taste.”

He also adds that he has had mutton in several popular places of Odisha but Baripada’s ‘Mudhi Mansa’ can be marked as the best of all.

Locals say the reason behind the good taste is that most of these lambs are bred on sal leaves. This ensures the meat is naturally tender and delicious and needs very little to make it soft and delicious. Also, unlike other places, the gravy is richer, thicker in Garma Garam. Mostly, the delicious chest part and liver are used, which many believe is part of the magical flavour of the meat of a 15 kilo Khasi.

Several self-help groups have been trying hard to promote this authentic dish all over India and the government is also helping them. So, if after lockdown, you are planning to taste a lip-smacking dish, do visit Baripada and dig your fingers into ‘Mudhi Mansa’.