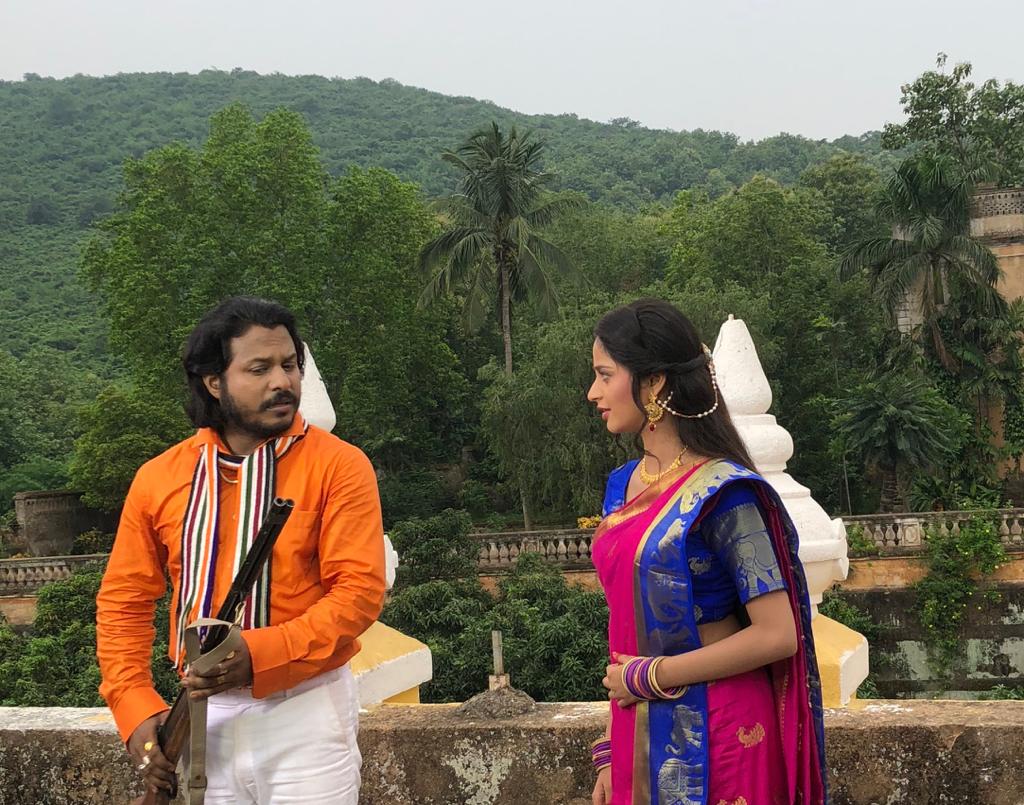 Bhubaneswar: Film lovers have a set image of the iconic tragic love story of Devdas, written by Bengali novelist Sarat Chandra Chatterjee. While many versions of Devdas have already been made in both Hindi and other regional languages, one-film-old actor Asit Patra, had to work hard to play the lead role in the first ever Odia version of the story called, ‘Nayakara Naa Devdas’.

Directed by Mrutyunjaya Sahoo, the film has Anu Choudhury as Chandramukhi and Bhoomika Dash as Paro.

“I have watched the role played by Dilip Kumarji many times to learn the nuances of portraying Devdas, the story of love, heart break and self-destruction. I have also read the original story to understand the character,” said Asit Patra, who had received critical appreciation views for his debut film ‘Bhairav’.

“During the shooting of Bhairav, we had a discussion to make the Odia version of Devdas. It was a challenge to play the role to match people’s expectations. I have tried my best to get into the skin of the character. I am eagerly waiting for audience response,” said the Mumbai based Odia actor who has been doing theatre since 2005.

For last 13 years, Patra has been trying his luck in Bollywood. He has played cameos in several Hindi serials like ‘Crime Patrol’, ‘Bade Achhe Lagte Hein’ and ‘Mahadev’ to name a few.

Sharing his experience about working with Anu Choudhury, Patra said, “I have been a great fan of Anu Maa’m since my student days. She has the most beautiful and expressive eyes, which can emote anything. She is very humble and cooperative on the shooting set.”

Bhoomika is already a star in the industry and she adds a magical touch to the film, he added.

The film is set to hit theatres on December 21.

[Watch] Sonuji Where Is Your Mask? Actor Sells Bread & Eggs On Bicycle