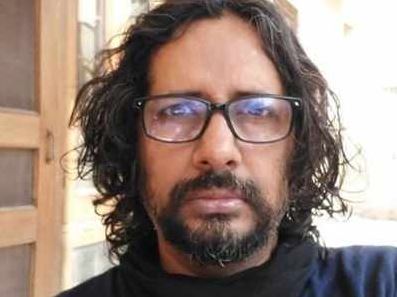 Mumbai: Tanmaya Nanda, a city-based senior journalist and an alumnus of Ravenshaw University in Cuttack, had a narrow escape after he fell into an open manhole around 9.30 am at Veera Desai Road in Andheri here on Tuesday morning.

The incident took place when he stepped out of the house to get a packet of milk for his daughter.

So I fell into this open manhole on the sidewalk on veera desai road (opposite Country Club) a little while ago. Managed to break fall and pull myself out. Thanks @mybmc #mumbairains #mumbaimonsoon #manhole pic.twitter.com/5krJ18xxMi

The BMC fixed the manhole cover on Veera Desai road hours after the tweet went viral on social media and tweeted back regretting the inconvenience.

After the incident, Tanmay had asked the nearby hardware store owner to cordon off the area around the open manhole with some rope or string, the Mumbai Mirror reported.

Rain fury has so far claimed 27 lives in Maharashtra, including 18 in a wall collapse in Mumbai, forcing the authorities to declare a holiday in the city and adjoining regions, while asking people to avoid stepping out of their houses.

Eighteen people were killed and over 50 injured in a wall collapse in the northern suburb of Malad East in Mumbai early Tuesday following heavy rains.