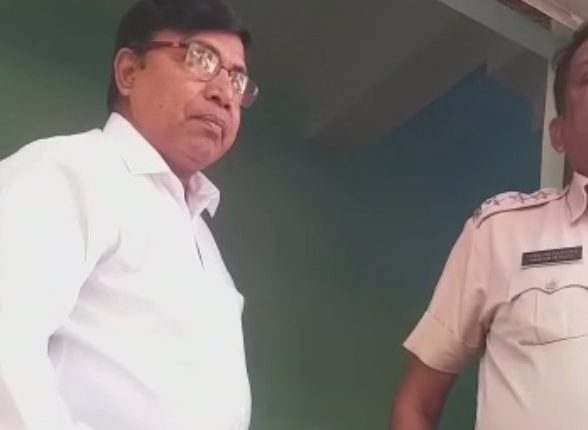 Jajpur: The Executive Officer (EO) of Vyasanagar Municipality in Odisha’s Jajpur district, who has filed a police complaint against chairperson of the civic body for misbehaviour, faces similar allegation from a sanitation supervisor.

The sanitation supervisor, Soufuddin Khan, in a complaint filed at Jajpur Road police station on Thursday, stated that he was as an employee of a civil construction agency and was engaged to execute the work awarded to the agency by Vyasanagar Municipality.

While he was carrying out the work, executive officer of the municipality Ashok Kumar Rout came to the spot and misbehaved with him over some issue. Rout also abused him in foul language in presence of other workers, Soufuddin stated in the complaint.

Meanwhile, a video showing the executive officer allegedly assaulting a government employee in presence of additional collector of Kalinganagar and Vyasanagar tehsildar has also gone viral.

It may be noted that Rout has filed a complaint in the same police station alleging that chairperson of the municipality Sangita Pingua misbehaved with him and hurled a file containing documents at him in presence of some councillors and employees. A video on the incident had also gone viral.