Murals Of Women Personalities On City Walls Make Some Emotional 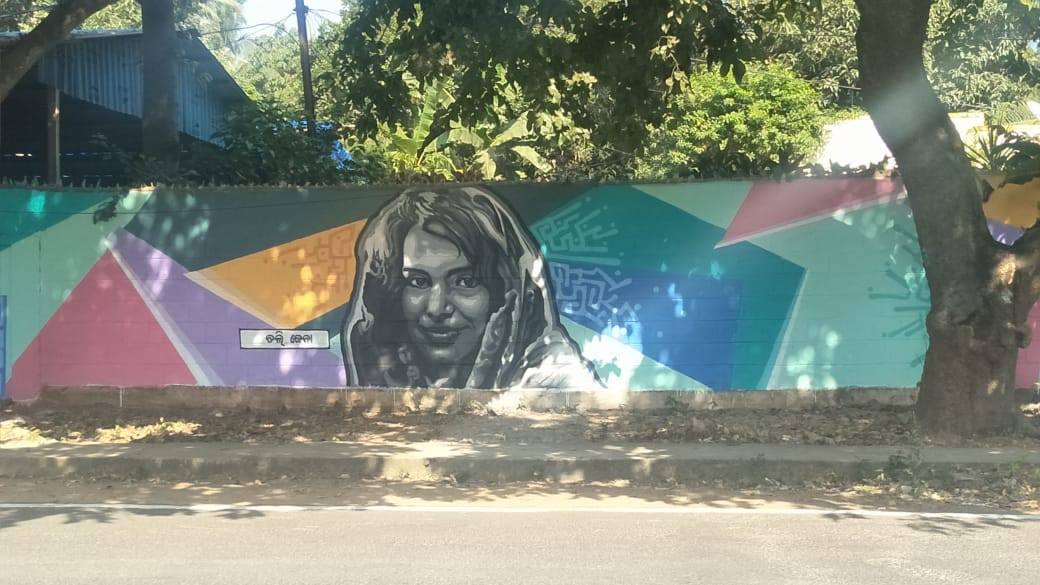 Bhubaneswar: Actress and film director Bijaya Jena took to social media to express her joy on having her face painted on one of the walls in Odisha capital.

The Odisha-born artiste wrote, “For the International #HockeyWorldCup 2018 in Bhubaneswar. Nice to see my painting on the wall. Commendable job by the artist.”

The murals have most definitely caught the attention of many commuters in Bhubaneswar.

Earlier this week, Olympic and European hockey gold medalist Samantha Ann Quek from England, got emotional on seeing herself painted on the wall of a local hospital. She took to Twitter and wrote about the entire incident. She wrote,”Currently sat in the back of a taxi in Bhubaneswar in India, minding my own business and then almost swallowed my own tongue when I spotted this painted on a wall outside a local hospital… Now I have tears rolling down my face. Incredible.”

Currently sat in the back of a taxi in Bhubaneswar in India, minding my own business and then almost swallowed my own tongue when I spotted this painted in a wall outside a local hospital…

Now I have tears rolling down my face.

Likewise, there are many such famous faces painted on the walls of Bhubaneswar. Mega sports events brought in the concept of theme-based painting and walls at several locations in the Odisha capital. Walls are painted under the Street Art and Mural Project (STAMP) by the Bhubaneswar Municipal Corporation.

Here are other popular women personalities from Odisha gracing the walls in Bhubaneswar.

Nandini Sathpathy – She was the first woman Chief Minister of Odisha, who served the state from 1972 to 1976. She has authored several books including ‘Uttara Purusha’ and ‘Song of the Evening’. She is a symbol of women empowerment in this state for all her dedicated and determined work.

Manasi Pradhan – Regarded as a pioneer of feminist movement in Odisha, she is a globally recognized activist and an author. She founded the ‘Honour for Women National Campaign’, a nation-wide movement to end violence against women in India. She has also been conferred with Rani Lakshmibai Stree Shakti Puraskar by the President, which is only one of the feathers in her cap.

Sanjukta Panigrahi – The first Odia woman to take Odissi to a global platform. She was awarded Padma Shri and also the Sangeet Natak Akademi Award in 1976. She has been a part of government’s cultural delegation to different countries including the United States of America, the Philippines in 1969, the United Kingdom in 1983, Israel and Delphi International Festival in Greece in 1989.

Sarala Devi Chaudhurani – She was the founder of the first women’s organization in India – the Bharat Stree Mahamandal- in Allahabad in 1910 which aimed at promoting female education. She was also the Secretary of Utkal Sahitya Samaj in Cuttack from 1943 to 1946.

Malati Devi Choudhury – She was Indian civil rights and freedom activist. She was an ardent follower of Gandhian philosophy. She led the ‘Krusaka Andolana’ (Farmers Movement) as a part of the freedom struggle against the zamindars and moneylenders who would exploit poor farmers, in Odisha. She had also won the national award for Child Welfare.