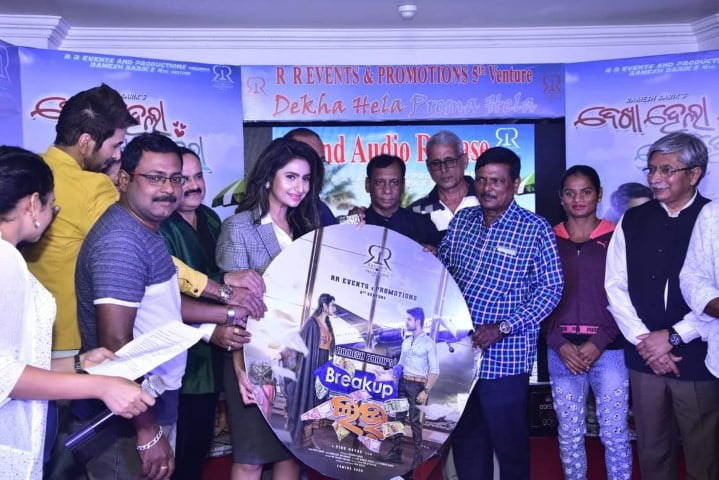 Bhubaneswar: The music of the upcoming Odia movie, ‘Dekha Hela Prema Hela’ was released in the city recently.

Other actors from the movie, Abhisek Rath, Mantu and Ragini Sutradhar were also present on the occasion. Pradyumna Lenka, Pratibha Panda and Jojo play important roles in the movie directed by T Ganesh.

Made under the banner, RR Events, the movie has been produced and written by Ramesh Barik.

‘Break Up Love’ another movie from the banner will be made soon. It will be directed by Pinu Nayak.