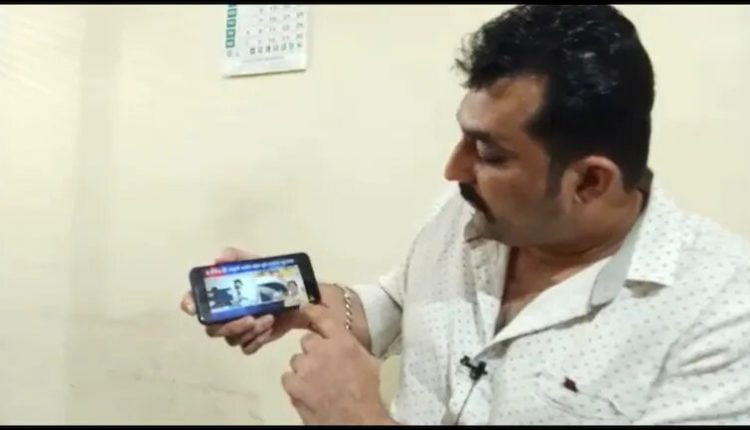 Mumbai: Hanik Bafna, a resident of Palghar, has denied his involvement in the Rs 38 lakh deal in the Aryan Khan case. He has sought police help saying his photo and phone number were misused by a witness in the case, Prabhakar Sail, who claimed he overheard a man named ‘Sam D’Souza’ and Kiran Gosavi, discussing the Rs 25-crore payoff to get Aryan Khan out of jail.

On Monday, he submitted a complaint to the Palghar Police superintendent after he began receiving calls regarding his alleged involvement in the Mumbai cruise drugs case, India Today reported.

Palghar police are now examining the complaint but are yet to register a formal case. “My name is not Sam D’Souza as mentioned by Sail. I have no relation with the so-called Rs 38 lakh transaction as alleged by Sail. I am innocent and my image has been tarnished for no reason. We live in Palghar for the past seven decades,” Bafna was quoted as saying in his complaint.

Bafna has claimed that he is a trader and had met Prabhakar Sail a few months ago and has known his brother Satish since 2019. According to Bafna, Satish had offered him two deals. The first was the sale of furniture worth Rs 25 lakh and the other was to sell five lakh pairs of shoes, which were in the Customs department. However, the deals did not materialise, the report said.

Prabhakar Sail had alleged that he had overheard Gosavi speaking over the phone about the Rs 25 crore demand out of which “Rs 8 crore are to be given to Sameer Wankhede”.

Meanwhile, Pune police have detained Kiran Gosavi, an independent witness of the NCB in the drugs case, in connection with a 2018 cheating case registered against him.

20-Yr-Old Girl Among 4 New COVID Casualties In Odisha, 2 From Bhubaneswar