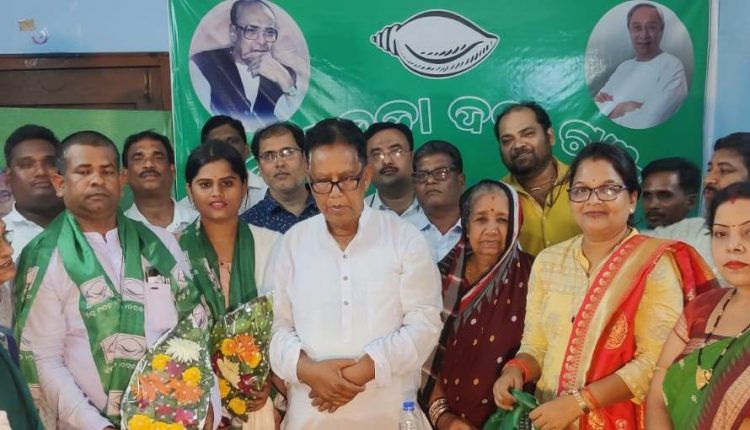 Berhampur: The chairperson of Purusottampur NAC in Odisha’s Ganjam district, Priyanka Gouda, along with her supporters joined Biju Janata Dal (BJD) on Tuesday.

Priyanka was welcomed to the ruling party in the state by its district unit president Dr Ramesh Chandra Choupatnaik at a function in the BJD’s district office. Industry Minister Prafulla Mallik announced her inclusion in the BJD in presence of senior leaders and party workers of the NAC.

Priyanka had sought BJD ticket to contest for NAC chairperson post in the last urban body elections in the state. As the party did not give ticket to her, she contested as Independent candidate and won the election.