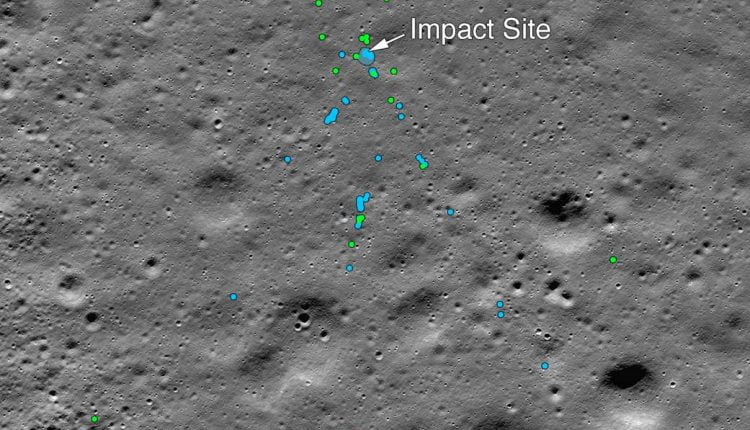 Around three months after India’s ambitious moon landing mission Chandrayaan-2 hit a roadblock as the lander Vikram crashed on September 7, NASA on Monday said it has found the crash site and the lander’s debris.

Arizona State University (ASU) had earlier said, “After receiving this tip, the LROC team confirmed the identification by comparing before and after images.”

“When the images for the first mosaic were acquired the impact point was poorly illuminated and thus not easily identifiable. Two subsequent image sequences were acquired on Oct. 14 and 15, and Nov. 11. The LROC team scoured the surrounding area in these new mosaics and found the impact site and associated debris field,” NASA said in a statement. “Despite the loss, getting that close to the surface was an amazing achievement,” NASA added.