NASA To Bring Mars Rock Samples Back To Earth 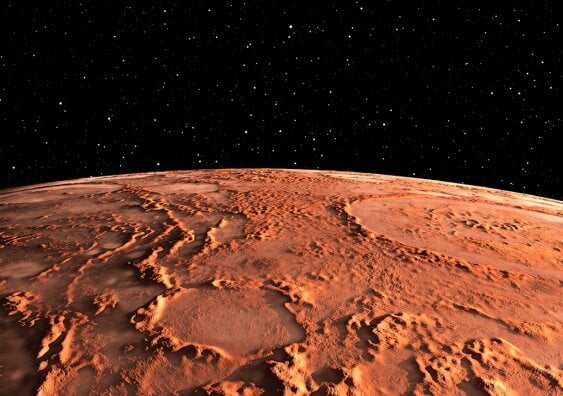 New Delhi: The National Aeronautics and Space Administration (NASA) will attempt to bring a sample of Mars back to Earth for scientists to study. The agency is now ready to undertake its Mars Sample Return (MSR) campaign to bring pristine samples from Mars to Earth for scientific study. Here is what it tweeted:

“The agency established the MSR Independent Review Board (IRB) to evaluate its early concepts for a groundbreaking, international partnership with ESA (European Space Agency) to return the first samples from another planet,” NASA said in a statement, the report added.

“After a thorough review of the agency’s planning over the past several years, the IRB unanimously believes that Nasa is now ready to carry out the MSR program, the next step for robotic exploration of Mars,” said the statement.

How will the rocks be brought?

NASA’s Mars 2020 Perseverance rover is more than halfway to Mars following its launch in July. It will gather samples from Martian rocks and soil using its drill. The rover will then store the sample cores in tubes on the Martian surface. This entire process is called “sample caching”, informed another Nasa statement, according to the report.

How will the study of rocks help?

It will help scientists to analyse samples from Mars and ascertaining whether life ever existed in the planet’s lush, wet past.

“I believe this sample return will be well worth the effort and help us answer key astrobiology questions about the Red Planet bringing us one step closer to our eventual goal of sending humans to Mars,” Thomas Zurbuchen, NASA associate administrator for science at the agency’s headquarters in Washington was quoted as saying in the report.

No Bursting Of Crackers In Bhubaneswar During Diwali: DCP

Twist In Safe Diwali Tips This Year Due To COVID; Here Are 10 Of Them

New Launch Date Dec 25: Before It Can #UnfoldTheUniverse, Look Into #BigBang, James…

Why Nasa Wants To Slam a Spacecraft Into An Asteroid

Why Is This Week’s SpaceX Mission Called Inspiration4? Read Here