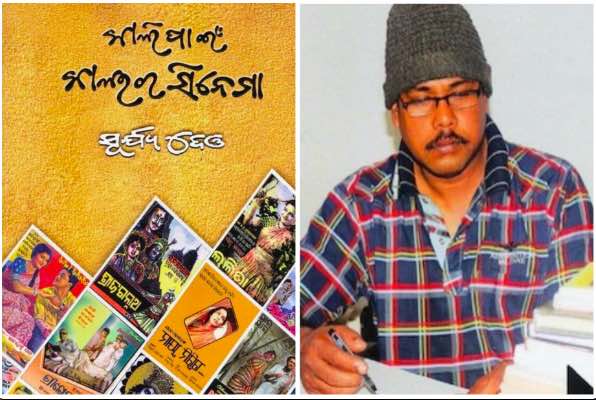 ‘Kali Paain Kalira Cinema’ traces the evolution of Odia cinema and repletes with rare photographs and information which Deo painstakingly pieced up from myriad sources, having all the ingredients of academic rigour.

Speaking to Odisha Bytes, Deo said that the book was an attempt to preserve the heritage of Odia cinema. “It contains the history of 21 films, their analysis along with some interesting anecdotes,” he said.

Some of the contents were earlier released in the form of booklets on the occasion of the screening of Odia movies retrieved and archived from obscurity by Film Journalist Forum. For a wider reach, he wants the book to be translated into Hindi and English.

Deo has individually been preserving the legacy of the more than 85-year-old Odia film industry through his writings and literary works. An archivist, he is also known as a living encyclopaedia on Odia cinema.