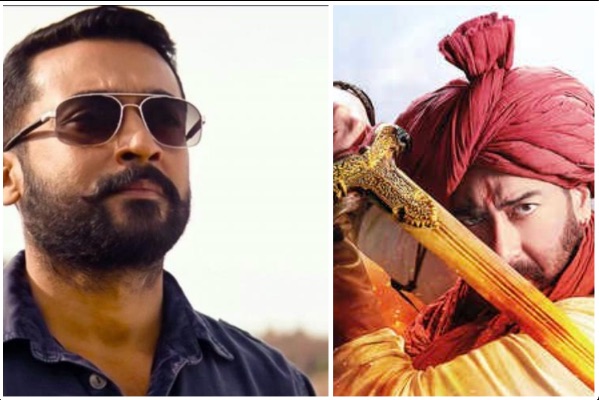 Bhubaneswar: The 68th National Award for best actor was shared by Ajay Devgn and Suriya. The actors got the prestigious award for their films ‘Tanhaji: The Unsung Warrior’ and ‘Soorarai Pottru’ respectively, the I & B Ministry informed on Friday afternoon.

A semi-biographical drama, ‘Soorarai Pottru’ won in three of the four major award categories. Besides the best actor award, the Tamil film was also adjudged the best feature film at the National Film Awards 2022 and Aparna Balamurali won the best actress award for the same.

Here is the list of winners declared so far:

The award for the most film-friendly state has been given to Madhya Pradesh with a special mention by the jury to Uttarakhand and Uttar Pradesh.