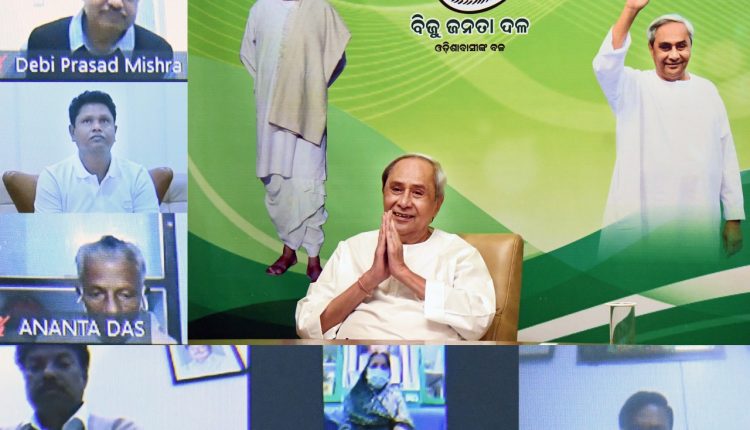 Bhubaneswar: Chief minister and BJD president Naveen Patnaik on Saturday advised the party leaders to focus on the achievements of the state government during campaigning for the panchayat elections.

Addressing the MPs, MLAs and district presidents of the BJD through video-conferencing, Naveen said they should make people aware of the success of various government schemes in healthcare, education, rural housing and agriculture sectors.

Distribution of health smart cards under Biju Swasthay Kalyan Yojana, Rs 10,000 crore interest-free loan to members of Mission Shakti, Rs 10,000 assistance to each landless farmer, pucca houses for homeless people in rural areas, and welfare schemes for tribal people should be highlighted during the campaign for panchayat polls, Naveen said.

Stating that the opposition parties have no issue to fight against the BJD, he told the party leaders to respond to their false allegations with positive stories of the government.

The chief minister also advised them to follow the COVID protocols as the election is being conducted amid third wave of the pandemic.