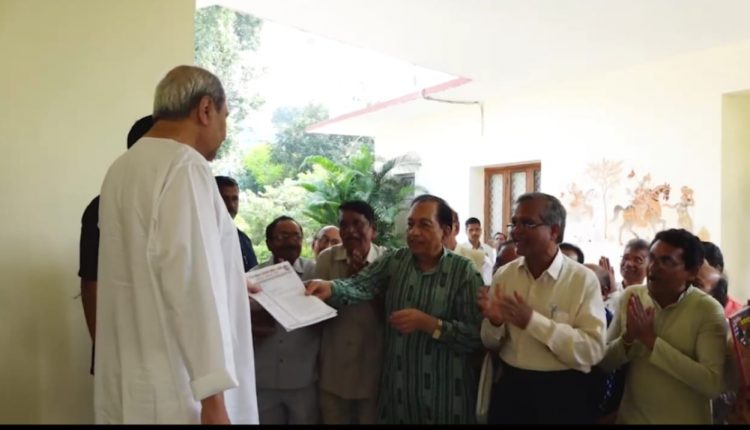 Bhubaneswar: Chief Minister Naveen Patnaik on Monday announced that a building will be constructed in Bhubaneswar in memory of renowned Odia poet Gangadhar Meher and said his death centenary will be observed in a grand way in 2024.

A committee will be constituted under the chairmanship of the Chief Secretary for the purpose so that the death centenary of Gangadhar Meher, known as ‘Swabhaba Kabi’, is organised in a fitting manner at the state level, the Chief Minister said.

The Chief Minister gave this information during a discussion with a delegation of Nikhila Odisha Meher (Bhulia) Samaj which called on him at Naveen Niwas in Bhubaneswar.

The state government will provide land for the construction of ‘Gangadhar Bhavan’ in memory of the legendary poet in Bhubaneswar a mark of honour to him, he said.

The state government has already taken a host of steps in memory of Gangadhar Meher, who had enriched Odisha literature with his writings. His statues have been installed at Kalinga Hospital Square in Bhubaneswar, Berhampur and Sambalpur.

This apart, work on Rs 2090 crore Ganagadhar Meher Lift Canal system irrigation project is in progress and it is slated to be commissioned in 2023, an official release said.