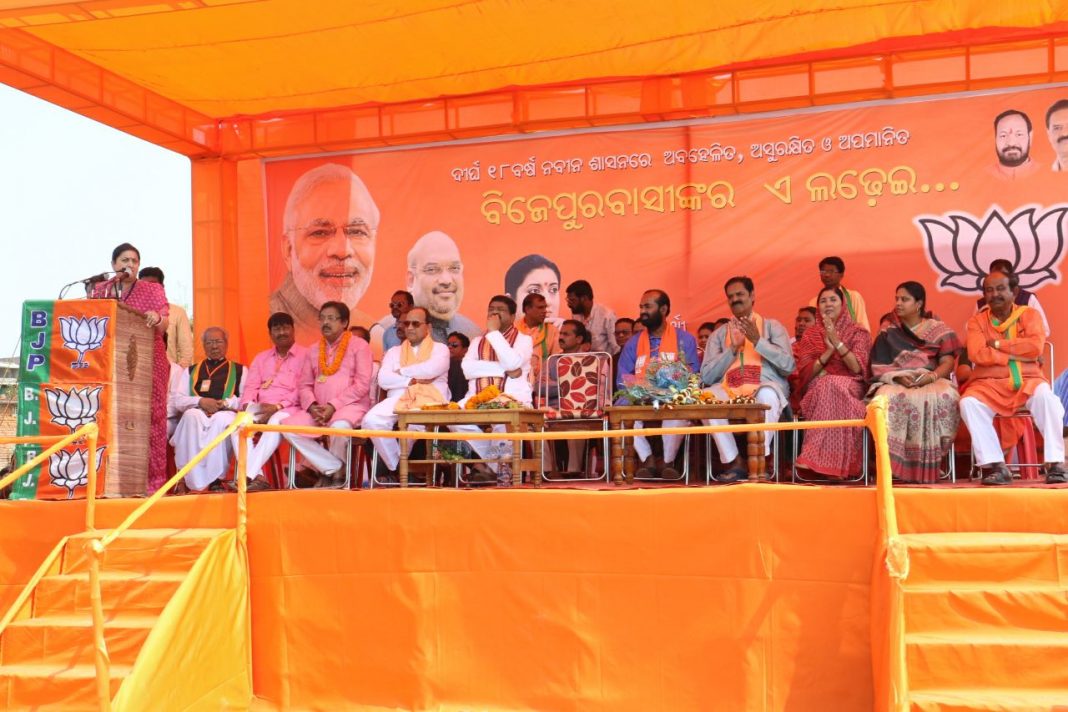 Addressing a public meeting at Badagan soon after his arrival at Barpalli Block at 12 PM, Patnaik, while reminiscing his meeting with Subala Sahu, the sitting Congress MLA of Bijepur, who passed away on August 22 last year, said the Late leader used to talk about the problems in Bijepur whenever he met him.

“After Sahu’s death, his wife Rita Sahu had requested me to give her an opportunity to fulfill the long-cherished dream of her husband. Keeping her request, BJD has chosen her as the candidate for Bijepur Assembly constituency. Rita Sahu is a nice person and I am with her,” the Chief Minister said and urged the people of Bijepur to create their new identify by giving votes to his party candidate.

From Badagan, Patnaik visited Barpali, Kumbhari and Agalapur and campaigned for his party candidate Rita Sahu. Senior party leaders and ministers accompanied the Chief Minister during his campaign.

The Chief Minister, after having a night halt at the Circuit House in Bargarh, will begin his poll campaign in various areas of Gaisilat and Bijepur and Padmapur Blocks on the next day.

Prior to the arrival of the Chief Minister, Union Minister Smriti Irani arrived at the Gaisilat at 10 AM and addressed a public meeting.

In her address, the Union Minister, while terming the 18-year rule of the Naveen Patnaik government as an autocratic government, said the state government is yet to provide water and electricity in all villages till date.