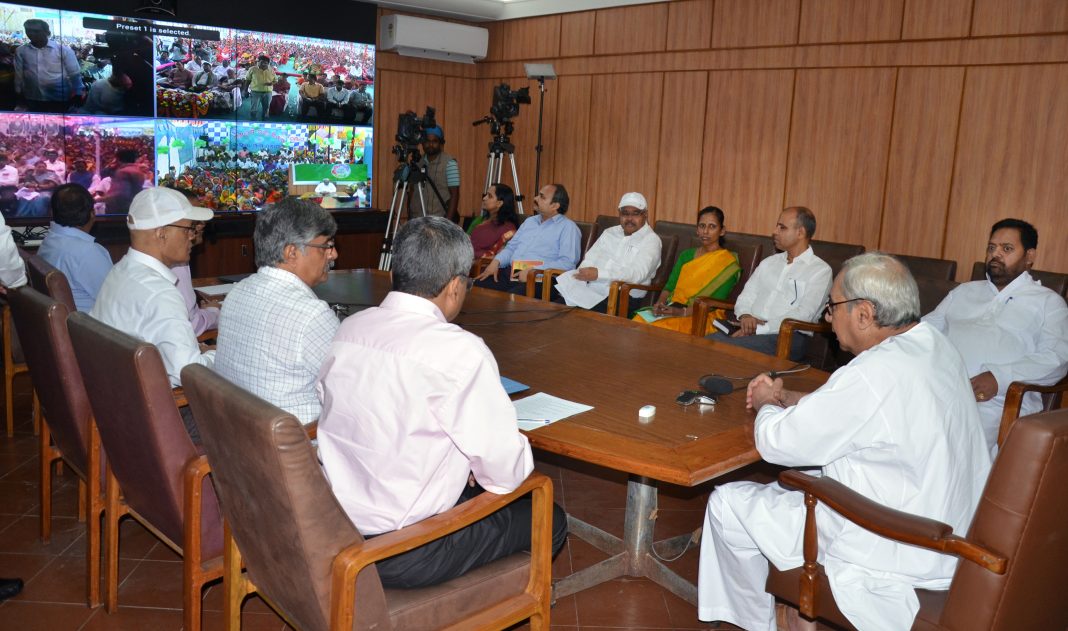 Speaking on the occasion at the state secretariat here, the Chief Minister said, “Through ‘Ama Gaon, Ama Bikash’, I will reach out to the people in different villages every week and sort out the problems faced by them. The programme aimed at strengthening the village panchayats is a fitting tribute to legendary leader and former Chief Minister Biju Patnaik, who played a pivotal role in development of the three-tier panchayati raj system in Odisha.”

Coinciding with panchayati raj divas celebrations, which happens to be the birth anniversary of legendary leader Biju Patnaik, the CM interacted with elected representatives of PRIs and the public through video-conferencing mode and heard their issues and demands.

Interacting with the CM, Sambalpur district’s Sasan panchayat sarpanch Mohini Bhue thanked Naveen for introducing Biju Express Highway and providing better drinking water facilities to the people of the area. She requested the CM to initiate steps for setting up a community health centre at Danipali village and modernize the road between Patapali and Gurupali.

Similarly, elected representatives from Sankuda panchayat in Ganjam district and two other panchayats of Koraput and Jajpur districts also spoke with Naveen.

The AGAB scheme envisages to braidge critical gaps and fulfilling the needs of people through innovative and unique projects, which will be recommended panchayat representatives as well as general public and other stakeholders, official sources said. The cost for each project will be in the Rs one to Rs ten lakh range but it could be increased under exceptional circumstances.

Under the scheme, selection of panchayats would be done basing upon their performance, need assessment and feedback. The people will express their needs and accordingly projects will be projects will be taken up, sources added.