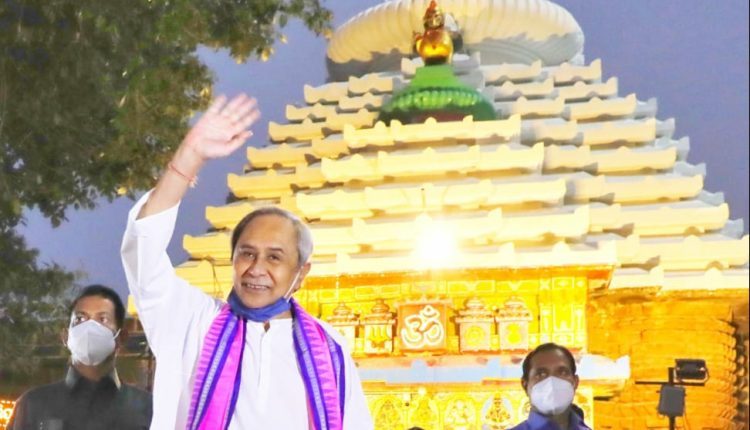 Bhubaneswar: In his nearly 25 years in politics, Naveen Patnaik has proved quite skilful at leading others into the guessing game, leaving not just his rivals bemused but also his party leaders and close associates in awe.

So when he chose to clear the air about his health on Friday evening by visiting Lingaraj Temple here and answering a few questions from journalists, Naveen showed his mastery over the art of realpolitik by not naming anyone and yet smartly deflecting the blame on the Opposition when panchayat elections are underway in Odisha.

Does it necessarily mean that it is the Chief Minister’s political adversaries, who are fuelling talk and rumours about his health? Or, is there more to it than meets the eye?

While the BJP has pointed an accusing finger at the ruling BJD for creating such rumour, Congress has sought a probe into the “mystery behind the rumours during polls”. The BJD has said it knows who is doing it and even claimed that “a first-time MP from Odisha and a former MP with media links” are spreading it through trollers but stopped short of naming them.

While the issue has undoubtedly triggered political mudslinging, adding to the rural poll heat, the fact remains that discussion about Naveen’s so-called ailments has been on in different circles for the past few years. Naveen, 75, who has since the COVID pandemic began in March 2020 stayed mostly indoors confining his interactions to a select few, has time and again laid such speculation to rest by showing up in public. It happened as recently as on January 26 when similar rumours were doing the rounds. The CM attended the state-level Republic Day parade here alongside Governor Ganeshi Lal and even went around the garden at Lok Seva Bhavan.

What is most intriguing about the latest round of such rumours is the timing: it started on February 15, the eve of the first phase of polling. Such unconfirmed chat about the state’s highest political executive, that too at such frequency, is indeed a matter of serious concern whatever be the source. Which is why it is imperative to trace the origin, something that is easier said than done. However, it might help if one understands who really benefits from such talk. This again brings up the question: Is it only the Opposition that gains from such rumours about the CM? Could it not be a sign of a possible war of attrition within the ruling dispensation? Or, could it be a political stratagem adopted by a few for electoral dividends?

While an aging and ailing Naveen can certainly give his rivals some hope of improvement in their long sagging political fortunes, the other two possibilities cannot be ruled out. For, politics, as German statesman Otto von Bismarck put it, is the art of the possible!

A sympathy wave for the popular CM, who says he is healthy and happy to serve the people of Odisha, by portraying him as a ‘victim’ of unwarranted rumours and his challengers as ‘devil’ without a doubt will swing some additional votes to the BJD kitty.

More importantly, whenever Naveen’s health becomes a topic of gossip for the hoi polloi what invariably follows is a discussion about his possible successor. This again is a grey area that neither Naveen nor his party has clarified, sticking to the rhetorical “people will decide the next leader” line. And therein could hang a tale.

With speculation rife over the heir apparent being either Naveen’s nephew or niece or a powerful party leader or an influential civil servant, rumours about the BJD president’s health could be used for anyone’s advantage. And Naveen, who took the political plunge only after his illustrious father Biju Patnaik died in April 1997, would certainly know a thing or two about timing and how rumours can create  perception that could eventually define politics. Until then keep guessing!

Nilekani Uses 3 Devices For Work: Laptop (To Create), iPad (To Curate), Phone (To Communicate); Check If He Uses Social Media