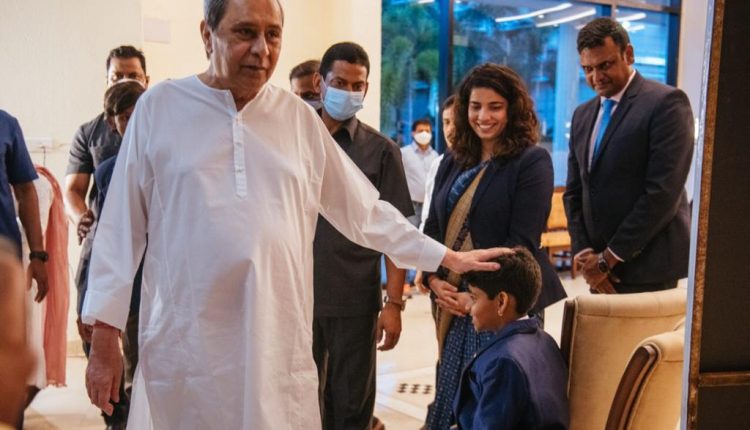 Bhubaneswar: Chief Minister Naveen Patnaik presented Biju Patnaik Sports Award to sportspersons and those associated with sports and games in Odisha on the occasion of National Sports Day on Monday.

Athlete and weightlifter Jhili Dalabehera and shooter Shriyanka Sadangi were conferred with the prestigious award by the chief minister at a function held in Loka Seva Bhawan in Bhubaneswar. Jatni MLA Suresh Routray received an award and Rs 3 lakh cash reward on behalf of his son Siddhartha Routray who recently scaled Mt Everest.

The Biju Patnaik Bravery Award was presented to 14-year old Pratap Tarei and 10-year-old Subhashree Rout for their humanity and selfless act of courage and bravery. Each of them received Rs 1 lakh, a citation and a silver medal.

Biju Patnaik Award for Lifetime Achievement in Promotion of Sports and Games was given to former international cricketer Debasis Mohanty. He was awarded Rs 3 Lakh, a citation and a trophy.

Besides, 291 sportspersons were felicitated with cash awards for their spectacular performance at the national and international level.

Congratulating the award recipients, the Chief Minister said, “It is a proud moment for us to honour you all. I am sure the achievements of the sportspersons being felicitated today will motivate more youth to take up sports as a career.”

“Odisha is being recognised as an emerging sports destination of the country. The government will continue to support the sports activities and make Odisha a major force in the sports field in the coming years,” he added.

After Odisha Juggernauts In Kho Kho, Franchise In Women’s IPL 2023?