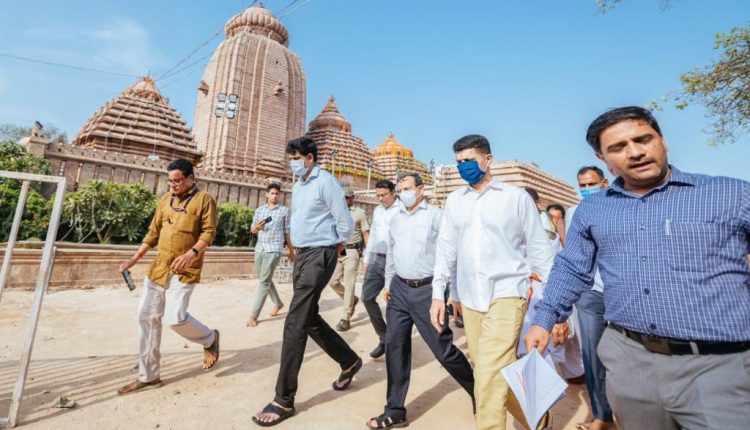 Bhubaneswar: Ahead of inauguration of revamped Taratarini temple by chief minister Naveen Patnaik on Wednesday, senior officials took stock of arrangements on Tuesday.

The chief minister is scheduled to attend the final day rituals for sanctification of the temple which have been going on for the last three days. Chief secretary Suresh Chandr Mahapatra and 5T secretary VK Pandian visited the shrine in Ganjam district to review the preparation for Naveen’s visit.

Since a large number of people are expected to turn up at the temple on the inaugural day, the two officers took stock of the security arrangements. They visited the main temple, ‘Mundan’ (tonsuring) hall, dining space, administrative office and view point on the premises.

They also held discussion with priests and servitors of the temple regarding the arrangements. Later, they held a meeting with district administration officials on the arrangements for crowd control, drinking water supply, fast aid, power supply and fire security for the event. District collector Bijay Amrut Kulange, sp and other officers were present at the meeting.