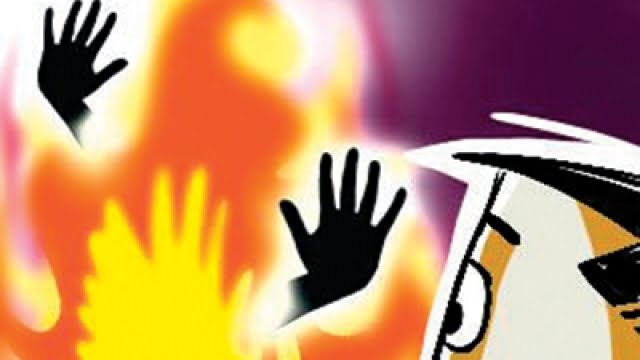 Bhubaneswar: A couple succumbed to burn injuries while undergoing treatment at SCB Medical College and Hospital in Cuttack on Thursday.

The deceased have been identified as Sadananda and Rituparna of Mangala Sahi of Khandapada in Nayagarh district.

According to the sources, the couple had a fight over a family dispute, following which, the husband attempted suicide by pouring kerosene. Rituparna sustained burns while trying to save her husband. The incident took place on Wednesday.

The couple were rushed to Nayagarh hospital in a critical condition and later shifted to the SCB as their deteriorated condition.

Notably, Sadanada and Rituparna had sustained 90 per cent and 70 per cent burn injuries respectively.

Will Work To Make Odisha A Developed State: Aparajita Sarangi