Will Work To Make Odisha A Developed State: Aparajita Sarangi 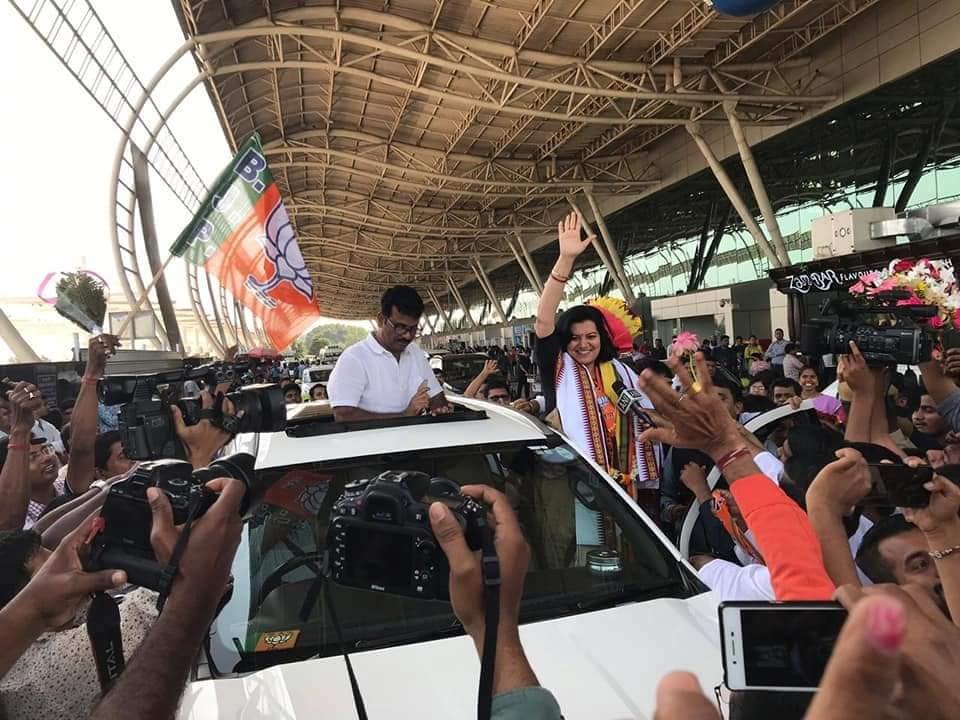 Bhubaneswar: Former Odisha-cadre IAS officer Aparajita Sarangi, who formally joined the BJP two days ago, on Thursday said that she dreams of a developed Odisha and work towards it.

“I am very excited to return to my home state. We will all work together to make Odisha a developed state. I have joined politics as I am overwhelmingly influenced by the modus operandi of the Prime Minister,” Aparajita told mediapersons on arriving at the Biju Patnaik International Airport, where she was given a rousing reception by senior party leaders and thousands of party workers.

Party sources said the former IAS officer will visit the Lingaraj Temple before leaving for the party office.

Briefing mediaperson soon after her joining, she had said that after serving as an IAS officer in different important capacities for over 24 years, she realized that politics is the best medium for serving the people.

Asked about the reason to join the BJP, Aparajita had said “There are two reasons for my joining the BJP. First, I analysed the objective of the party and then I had a look at its leader. I realized that the BJP is a development-oriented party and it’s focused and committed to the development of the nation. No other political party in India has the kind development perspective like the BJP. All parties will claim that they have or played a role in the development of the nation. One has to see whether there is the speed in the development. Last but not the least, I am deeply influenced by the work ethics of the Prime Minister.”

The Centre had approved Sarangi’s application for voluntary retirement from service (VRS) on November 17 after the Odisha government gave its go-ahead on November 14. She had applied for VRS on September 15.

High Alert Sounded In Odisha Ahead Of PLGA Week