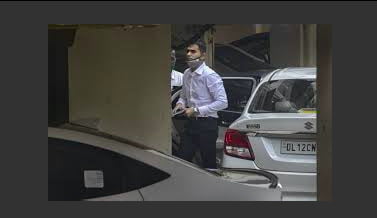 Mumbai: While Aryan Khan has been granted bail in the drugs-on-cruise case, things are not getting any easier for Narcotics Control Bureau (NCB) zonal director Sameer Wankhede.

Dr Zaheed Qureshi, the father of his first wife Shabana, has supported Maharashtra minister and NCP leader Nawab Malik’s claim that Wankhede is Muslim by birth. He told the media that he always knew the Wankhede family as followers of Islam and that the name of the officer’s father was Dawood.

“We always knew the Wankhede family as followers of Islam. In fact, I always knew Dnyandev as Dawood Wankhede. We agreed to the marriage of my daughter Dr Shabana with Sameer because we had cordial relations with his late mother Zaheeda,” Qureshi was quoted as saying by PTI.

He said that he came to know about Wankhede being a Hindu only after a recent controversy over his birth certificate. “In fact, I knew late Zaheeda’s husband’s name as Dawood. I knew Sameer used to go to mosque occasionally.”

The minister had alleged that Wankhede had forged documents, including his birth certificate, to get a job under quota after clearing the UPSC examination.

Qureshi said that he decided to speak up on the issues as it had become a prestige issue for him and his family. “When Sameer claimed that he has been a Hindu since his birth, many people asked me how did I allow my daughter to marry him (a Hindu). It became an issue of prestige for me and my family. Hence I am making it clear that when the marriage between my daughter Shabana and Sameer Wankhede took place, the groom was practising Islam. His father’s name was Dawood.”

On Wednesday, the Qazi, who had performed the first marriage of Wankhede, claimed the officer belonged to a Muslim family otherwise the ‘nikah’ would not have been solemnised as per Islam.

Refuting these allegations, Wankhede had earlier said that he married Dr Shabana Qureshi in 2006 under the Special Marriage Act. Both of them divorced mutually through a civil court in 2016. He married actor Kranti Redkar in 2017.

“I am a Hindu from birth and I come from a Dalit family. I am a Hindu today also. I have never undergone any sort of religious conversion. India is a secular nation and I am proud of it”, he was quoted as saying by NDTV.

Defending her husband, Kranti had told the media that the ‘Nikah’ was a formality. “As my mother-in-law was Muslim, nikah happened for her happiness. The birth certificate shared by Nawab Malik is wrong,” she said.