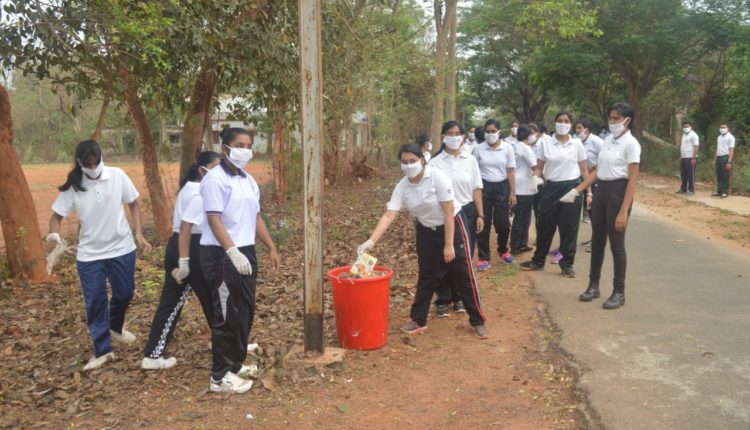 Bhubaneswar: The NCC cadets of the first Odisha R&V Sqn, Bhubaneswar celebrated “Azadi Ki Amrit Mahotsav” on the OUAT Campus in the city on Tuesday.

DDG of NCC Directorate, Bhubaneswar, Cmde Somen Banerjee flagged off the celebrations on the 75th anniversary of Indian independence. The event began on April 13 to commemorate the day of the Jallianwala Bagh Massacre.

The cadets did a monologue play and delivered speeches in remembrance of the fallen innocent civilians of the massacre on the occasion.

The aim of the activity was to create awareness amongst the cadets and society regarding a defining moment of Indian independence movement.

The cadets also undertook a unique initative of plogging wherein they removed plastic waste, garbage from the campus while jogging and created awareness among the public about cleanliness for a pollution-free environment.

Cmde Banerjee congratulated the cadets and exhorted them to become better citizens and create awareness among the society regarding the virtues of cleanliness.

Finally, the event ended with the NCC song and rekindling the flame of love for the nation in heart of each cadet and officer alike.