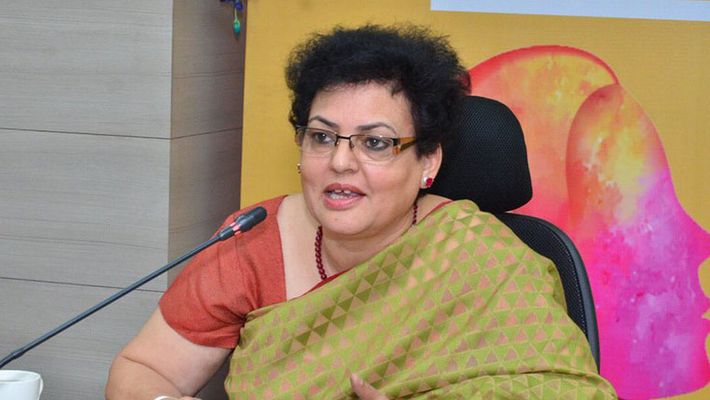 New Delhi: National Commission for Women (NCW) chief Rekha Sharma is being extensively condemned after her meeting with Maharashtra Governor Bhagat Singh Koshyari on Tuesday, where she discussed the “rise in love jihad cases” and women’s safety in the state.

As per a PTI report, the NCW chief told the Governor about rising “love jihad” cases in  Maharashtra and focused on the difference between consensual inter-faith marriages and “love jihad”, stating that the latter needs attention.

“Our Chairperson @sharmarekha met with Bhagat Singh Koshyari, His Excellency, Governor of Maharashtra and discussed issues related to #womensafety in the state including defunct One Stop Centres, molestation and rape of women patients at #COVID centres and rise in love jihad cases,” NCW had tweeted on its official handle.

“Would the NCW and its chairperson kindly clarify what is meant by ‘love jihad’? Are you using it with the same meaning which some extremist groups are doing? If so, are you endorsing their brand of vigilantism?” a Twitter user responded to the picture.

Meanwhile, many Twitter users also found some old offensive, misogynist and controversial tweets on Sharma’s handle, which are inaccessible now as her profile settings have been changed. Sharma responded to the controversial tweets by claiming that her account was hacked.

“My stand on this is that I have complained to Twitter as there was suspicious activity happening on my account and it’s under investigation… Won’t like to reply on trolls,” NDTV quoted Sharma today.

#SackRekhaSharma has become one of the trending hashtags on Twitter.

Complaints Of Crime Against Women Peaked In 2020, NCW…