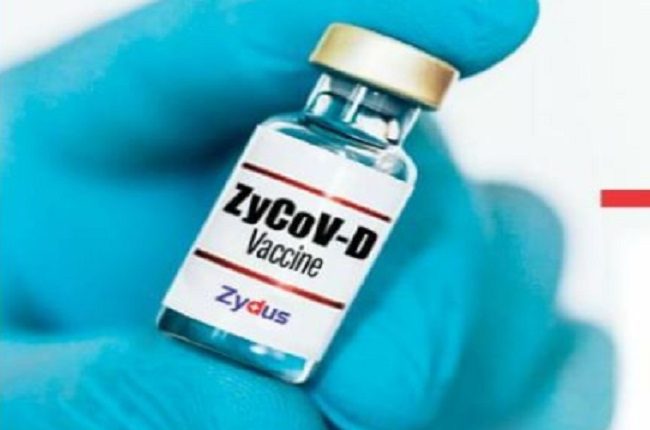 New Delhi: One of the leading pharmaceutical companies in India, Zydus Cadila is likely to release first lot of its needle-free vaccine against COVID ZyCoV-D in the market this month.

The company is in talks with the Centre regarding the price of the vaccine and hopes for a consensus soon. The negotiation has taken a long time due to costly applicator of ZyCoV-D, according to sources.

The pharma major has quoted Rs 1800-1900 per dose of its DNA-based vaccine which is higher than other vaccines like Covaxin and Covishield. But the company argues that its special applicator alone costs Rs 35,000 which is making it costlier.

The first one crore doses of ZyCov-D are likely to be available in October, CNN-News18 quoted sources as saying.

The ZyCoV-D comes in a three-dose format with each dose consisting of two shots. The doses will be administered over a period of 56 days with gaps.

The vaccine is administered through an applicator or a jet injector which releases the liquid medicine in a narrow stream into the skin.

The ZyCoV-D will be the first vaccine in the country to be administered to children in the age groups of 12-18 years.

The National Technical Advisory Group on Immunisation is in support of  starting vaccination of children with ZyCoV-D, the sources added.

Netflix Blocks ‘A Murdered Mother’ After HC Order; Know why