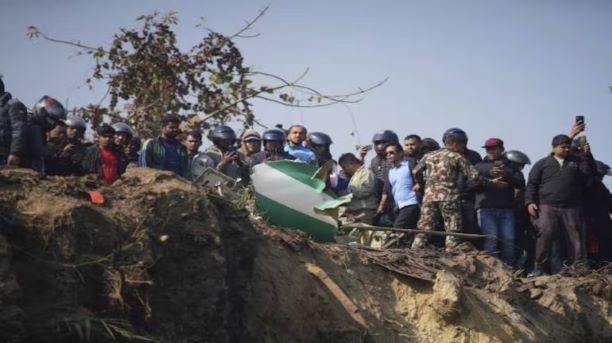 Kathmandu: Four of the 5 Indians feared dead in Sunday’s plane crash were planning to indulge in paragliding activities in the tourist hub of Pokhara.

At least 68 people died when a Yeti Airlines flight fell into a river gorge just before landing at the newly-opened Pokhara airport, officials said.

All 72 people on the flight are feared dead.

According to a Yeti Airlines official, the five Indians who were on the ill-fated flight were identified as Abhisekh Kushwaha (25), Bishal Sharma (22), Anil Kumar Rajbhar (27), Sonu Jaiswal (35) and Sanjay Jaiswal.

Four of the Among the five Indians had travelled to Kathmandu from India on Friday.

“All four were planning to enjoy paragliding in the lake city and tourist hub Pokhara,” PTI quoted Ajay Kumar Shah, a resident of Sarlahi district in Nepal, as saying.

“We came together from India in the same vehicle.. They stayed in Gaushala near Pashupatinath Temple and then in Hotel Discovery of Thamel, before departing for Pokhara,” he informed.

They were planning to return to India from Pokhara via Gorakhpur, he added.

Sonu is learnt to be a resident of Varanasi.

Indian Embassy officials in Kathmandu have reached out to family members of the Indian nationals who were on the plane which crashed.

Non-Veg Food Not Served At This Delhi College; Principal Not Sure About Decision