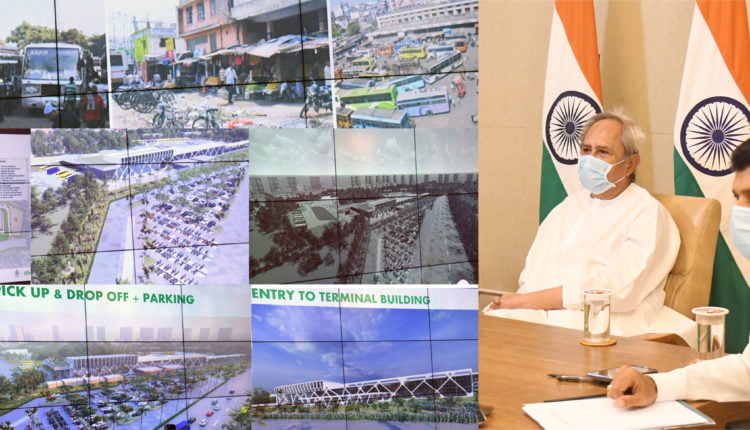 Bhubaneswar: Chief Minister Naveen Patnaik on Wednesday announced that a modern bus terminal will be built at Khan Nagar in the city and named after Netaji Subash Chandra Bose.

At a review meeting on virtual mode, the chief minister said the terminal will come up with a budget of Rs 65 crore under 5T initiative of the state government.

The three-storey terminal building will have a built-up area of 1.18 lakh square ft. It will have state-of-the-art facilities of rest room for passengers, food court, cloak room, ticket booking counters, charging point for e-vehicles, roof-top water harvesting and solar panels.

As many as 180 bus bays along with parking space for 274 vehicles will be built on the terminal premises with integrated information management system for the passengers.

Naveen also said a special kiosk will be set up at the terminal depicting the life and struggle of Netaji. Motif and paintings of the great patriot will also be on display.

It was also decided at the meeting that the Ring Road in the city will be extended for 2 more km.