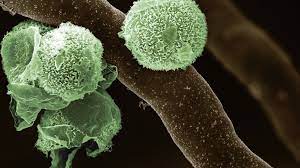 Punjab has become the second Indian state to report a case of green fungus, or aspergillosis. The 60-year-old from Jalandhar was undergoing treatment for COVID-19.

The first case of green fungus infection was detected in Madhya Pradesh about one week ago.

“The patient has suffered from COVID-19 infection. He is under observation. There was another case before, but it was unconfirmed,” District Epidemiologist at Civil Hospital Dr Paramvir Singh was quoted as saying by ANI.

Dr Singh informed that the patient diagnosed with green fungus has the same symptoms as that of black fungus (mucormycosis).

He advised people not to panic on hearing the news. “But we should take precautions,” he added.

On June 14, a 34-year-old patient was airlifted from a private hospital in Indore to Mumbai’s Hinduja hospital after being diagnosed with green fungus infection.

There have been several cases of black fungus – even a few yellow and white fungus – have been reported from different parts of the country in the last 6-7 weeks.

Black fungus became such widespread that the Centre declared it as a notified disease under the Epidemic Diseases Act, 1897. Over 300 people have been reported to have died due to the infection.